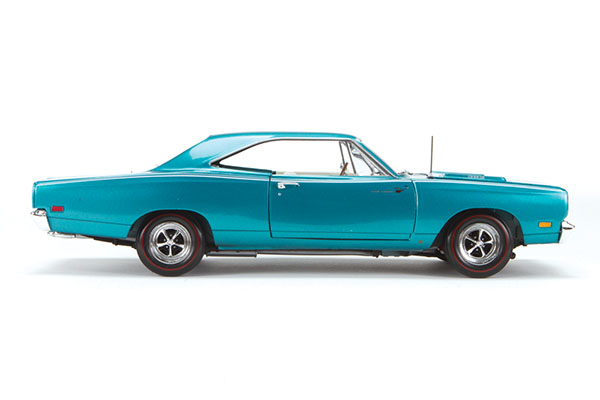 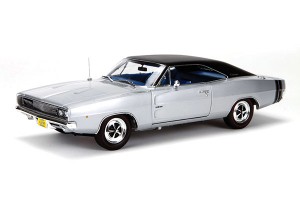 Back in the late 60s, Mopar’s B-bodies were some of the hottest muscle cars around, on track and on the street. King Richard had just driven his Petty-blue Plymouth to his second NASCAR championship the previous season, and Mopars were the toast (or terror, depending on what you drove!) of stock-class drag racing all across the country. On the street, Chrysler redesigned its sales-leading B-Bodyintermediates for 1968, and in the process debuted two vehicles that were destined to become performancecar legends. Plymouth introduced a budget-oriented performance variant of the Belvedere designed to deliver the bang of the upscale GTX for less bucks. It was called the Road Runner, and it immediately captured the imagination — and the sales — of legions of cost-conscious leadfoots! Meanwhile, the Dodge boys were busing transforming their Charger from the mere fastback variant of the slightly stodgy Coronet it had been in its first two years into one of the most eye-catching and pulse-pounding muscle cars of all-time! AutoWorld has just dished up two 1:18-scale variants of Mopar’s killer Bs that do a great job of demonstrating the essence of the Charger and Road Runner.Check out our Online Exclusive Double Review of both at DCXMag.com!