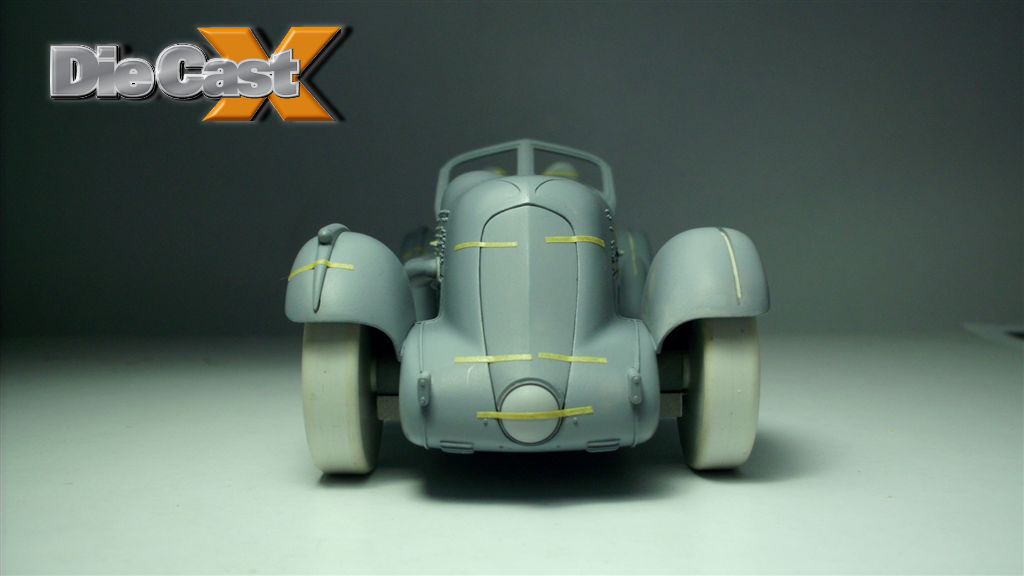 Automodello’s number one man – Jim Cowen – sent along these pictures of the master resin for their upcoming mid-scale Duesenberg “Mormon Meteor”, and to say that we’re blown away is an understatement. Check out the unmistakable shape and sweep of the car’s aerodynamic body, and the stance of the replica on the as-yet-untooled wheels.

This second release in the company’s venture into1:24 (the first car was the Phantom Corsair) is shaping up beautifully. Hey, photos don’t lie; this thing looks so good already, we’re thinking a raw resin version might actually be kind of cool to have around.

But of course, the car will be arriving fully decorated, and detailed with Automodello’s usual flair for note-for-note attention to correctness. These guys don’t cut corners – and the end result is always exquisite. Thanks to careful research and an eye for finesse, the maker’s pieces – first seen as high-end 1:43 images – have made the still-new company one of the most respected sources for beautiful, enthusiast-grade model cars.

Driver/owner Ab Jenkins’ strong Mormon faith is what gave the car its nickname back in its record-setting days; we’re equally sure that the model will be a sell-out success – just like that Phantom – when it hits the market later this season. Stay tuned. We are.