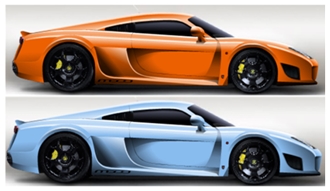 Here’s some exciting news for fans of high-performance exotics. Automodello just announced an exclusive agreement with Noble Automotive to produce multiple models in multiple scales. Among the models being developed are the Noble M12, Noble M400 and, to kick things off, the Noble M600. 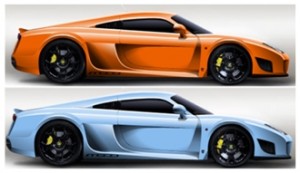 “For some time now, we at Noble Automotive have been receiving constant requests, by both owners of the cars and fans of the brand, for scale replicas. Previous research and investigation into the possibilities of producing a range of models however had not left us feeling entirely comfortable with the rapport of the proposed associations. So it is with considerable pleasure I can now announce, having entered into this new agreement with Automodello, that we have finally found a partner able to produce models we consider to reflect both the quality and attention to detail of our original product.”

Jim Cowen, CEO of Automodello, added: “Here we have two high-end, low-production run companies, both widely acknowledged for their outstanding levels of innovation and engineering precision, teaming up to make the great small! We chose the M600 as the first car to produce because it represents the pinnacle of Noble’s expertise. It trounces the supercar establishment with a super light carbon-body mated to incredible power and handling that is raw, rare and, without the need for computer assistance.”

All models will be available through Noble service centers, as well as directly from Diecasm and Automodello’s Full Service dealers worldwide.