It speaks volumes to the enduring elegance of the one-of-a-kind D8-120 S Aerodynamic Coupe that Louis Delage used it as his personal car following its debut at the 1937 Paris Auto Show, and that when the restored vehicle was unveiled at Pebble Beach in 2005—the 100th Anniversary of the of the Delage nameplate—that it won the coveted “Best In Show” award. Penned by Georges Paulin, the chief stylist for the famed French coachbuilder Marcel Pourtout, the car is a masterpiece of clean lines and subtle curves.

The design was widely praised for its lack of chrome and other embellishments; Paulin relied on carefully chosen proportions and graceful contours to deliver his stylistic statement. Those proportions and contours were possible in part because the body was mounted on a special ‘S’ version of the D8 chassis (for “surbaissé”, meaning “low”). The ‘120’ referred to the 4.75L straight-8 engine, which in stock form produced 120 horsepower. This particular car’s motor reportedly had been further modified with triple carburetors and a few other tricks to produce about 160 horsepower, enough to push the sleek coupe to 100mph and beyond. 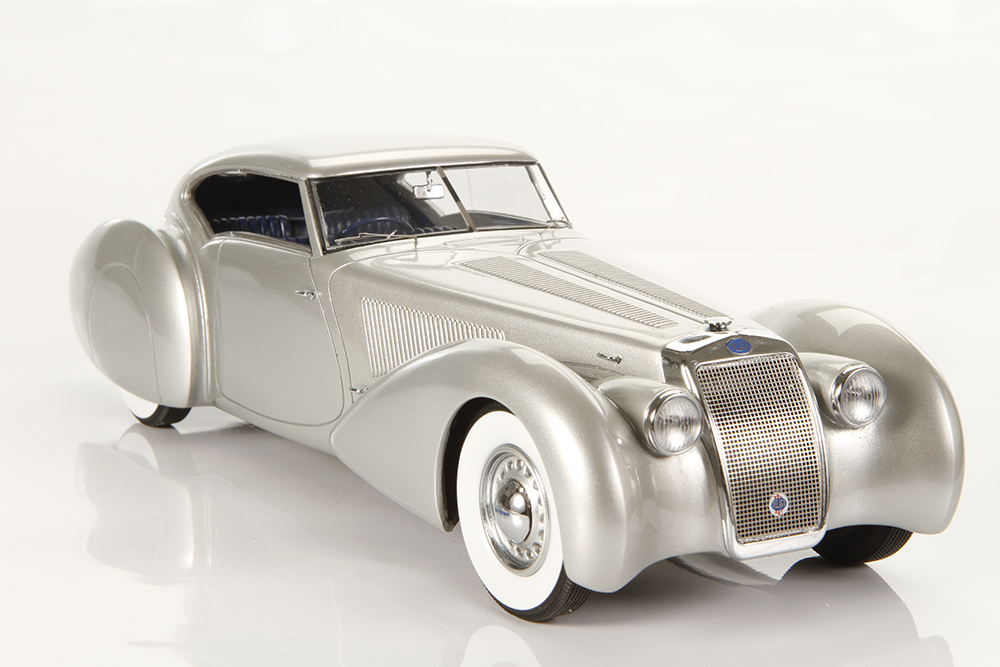 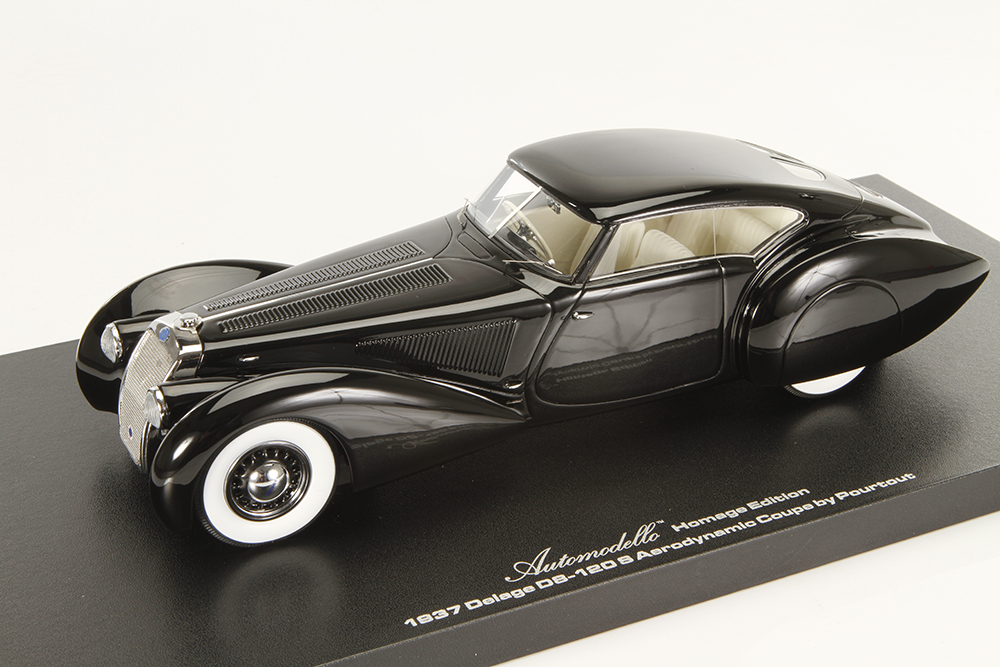 Automodello has carved a niche for itself producing limited edition resin-cast models of very exclusive, low-production, often lesser-known specialty vehicles like this Delage, and they do a wonderful job. The bulk of their models are 1:43, but increasingly they are producing in 1:24—and the Aero Coupe’s long, low and lean proportions lend themselves particularly well to this larger scale. 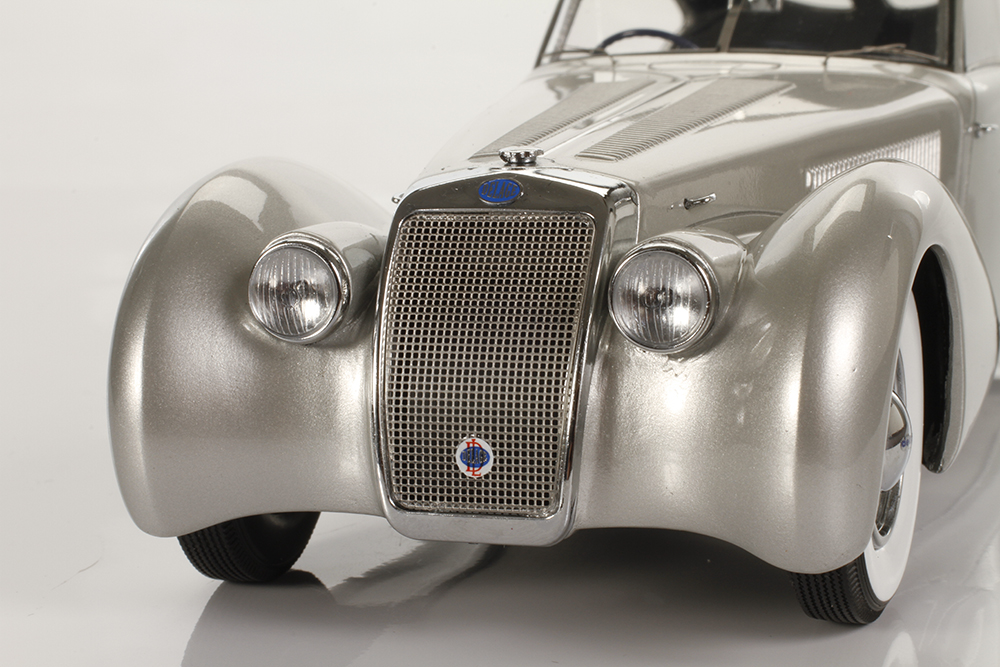 The delicate grille is exquisite, and the increased size allows you to better appreciate stylistic highlights like the seamless side glass that mated the door window to the quarter window without a gasket, let alone a pillar or post! 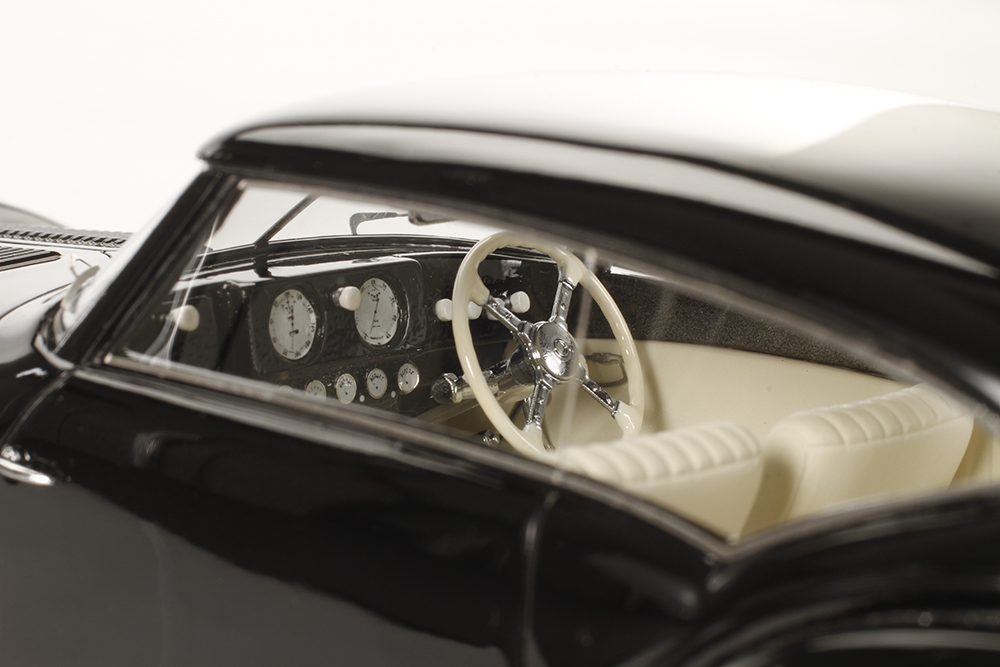 Only hand-built coachwork could be crafted to those exact tolerances in real life, and the model conveys the precision. The Pourtout body reportedly cost $18,000 alone—the equivalent of $300,000 today—but the splash it made at the Paris Auto Show was assuredly worth it. The model captures other lovely details like the heart-shaped recess on the rear deck for the nameplate/license plate mount which had become something of a Paulin signature, having been used previously on a couple of his designs for Peugeot. 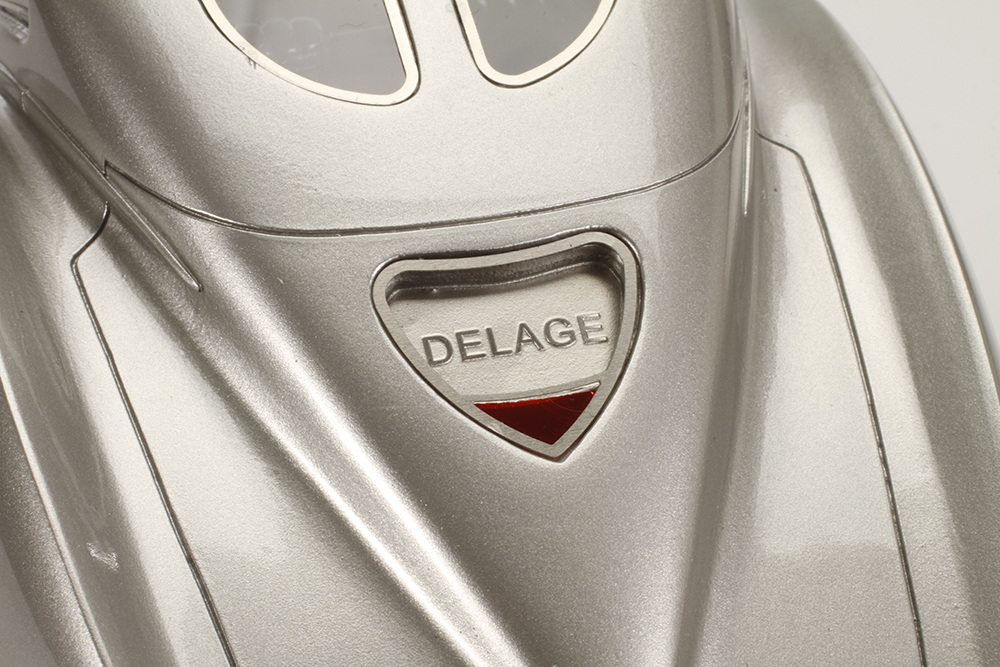 A car like this makes a delightful model, but it presents Automodello with a quandary. Namely, when your subject is a one-off, how do you go about making multiple models from your tooling? In the real world there is just the one Aero Coupe—and it is silver with a black interior. Automodello’s solution is to make the actual color scheme its Standard Edition, and to offer a second color—black with light beige interior—as one of its ultra-exclusive “Homage Editions” limited to just 24 hand-numbered examples. Think of it as the color Delage should have made. The finish on both cars is exemplary, and both feature the same levels of detail. To our eye the black car is slightly more attractive, and the lighter upholstery shows off the interior detail better. And there is that exclusivity. But the Standard car is limited to only 299 units, so you’ll be in pretty rare company either way! 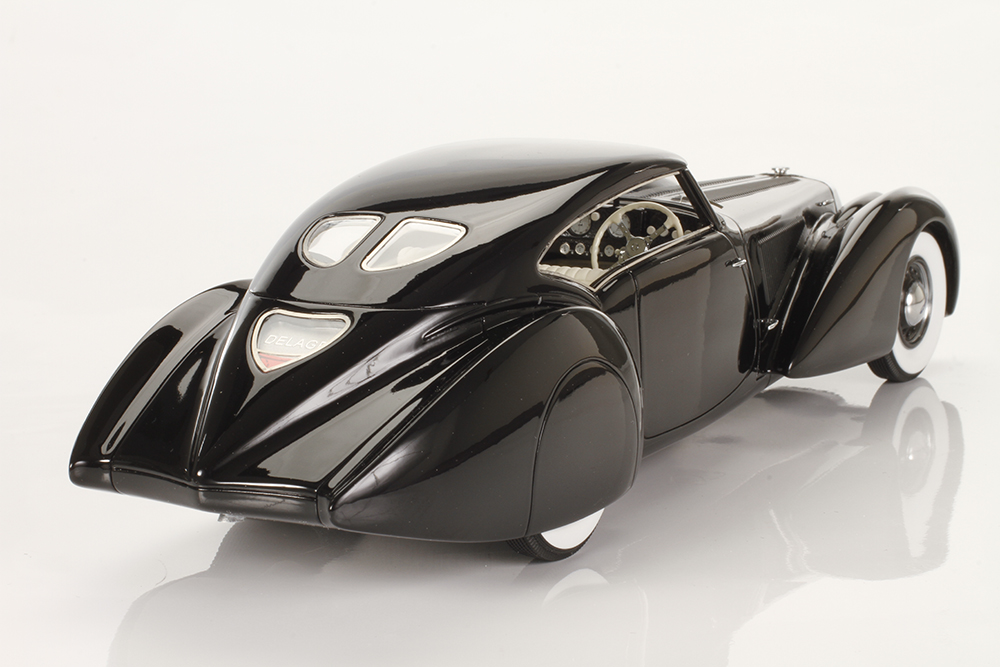