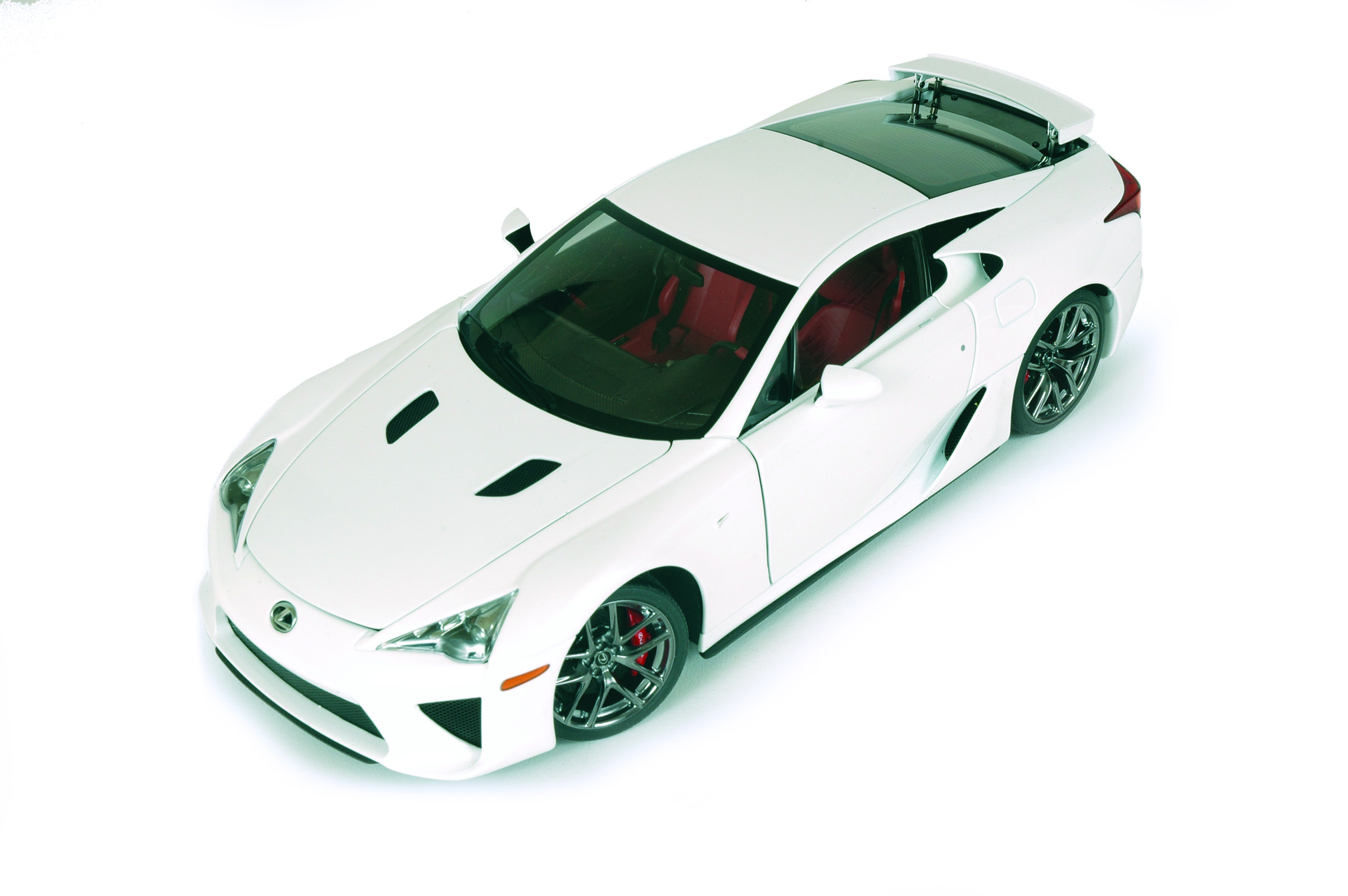 Every now and again, a car comes along that captures the imagination of enthusiasts from around the globe. A decade ago it was the BMW Z8. More recently, Lexus jumped into the super car market with a car that started a bidding war for whom would get the first editions. The LFA is a beastly performer with rock star looks that will rarely been seen in public. AUTOart’s scale version is likely as close as most of us will ever get to seeing one of these machines, let alone owning one. The 1:18-scale diecast is perfectly cast with an excellent finish and super tight fit. The rear wing pops up via a release tab under the car. The interior is excellent as is the engine, tires, wheels and brakes. The exotic appearance is hard to deny—and so is the quality of this AUTOart piece. It will be a scene-stealer no matter what other diecasts you surround it with.