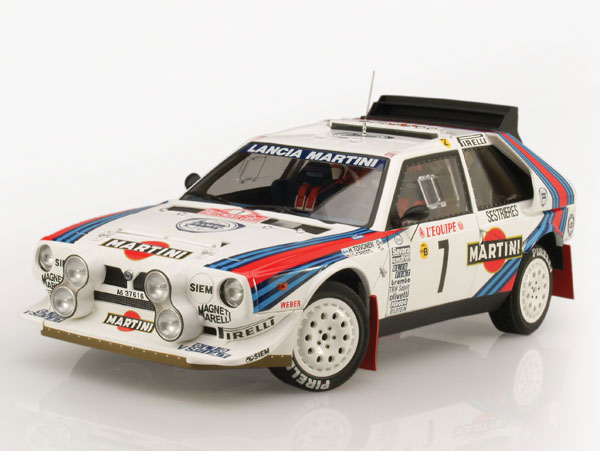 It may be wearing “Martini” livery on its wild and wedgy body, but lux-level refinement was never part of the Lancia Delta S4’s DNA. This spawn of the hairiest days of Rally racing was born of loose Group B regulations and high ambition on the part of Lancia, who went fairly crazy on the car, adding twin-charged induction, NASA-spec materials, and bleeding-edge technology to bring out a machine that was a terror from day one. This AUTOart “Signature” series example of the lethal little runner is a thundering good model car, even if you’ve never seen its 1:1 counterpart slamming over hill and dale (that’s why there’s YouTube). The look, stance, and decoration of the piece is stunning and got us engaged on sight, much like the 1985 RAC Rally winner we looked at in our Fall ‘13 issue. Though the larger part of the front end is sealed shut, everything else opens, from the huge tail section above the 550-horsepower four banger to the doors, front boot, and wee vent flaps up top. The wheels steer, and like the detail-rich layered motor, the interior is a slam-dunk of high-resolution castings, neat applied texturing, and wiring and cabling all around. Screened vents, meticulously-treaded rubber, and top-shelf build and paint make the model an eye-grabber. Its history (Henri Toivonen and Sergio Cresto, who won Monte Carlo in this car in 1986, died in it while leading the Tour de Corse later that year) makes it a must-see, must-have image for rally fans.  — Joe Kelly, Jr. 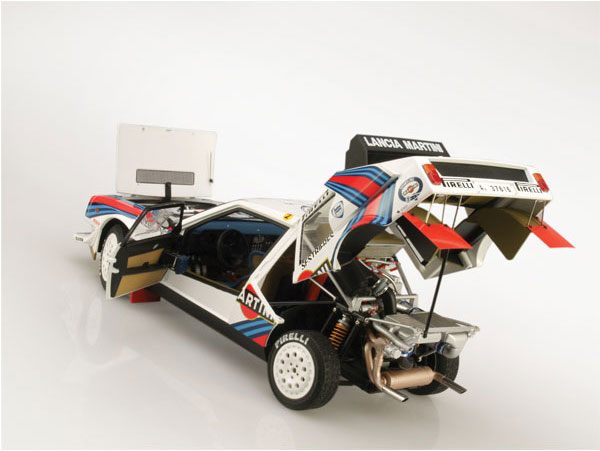