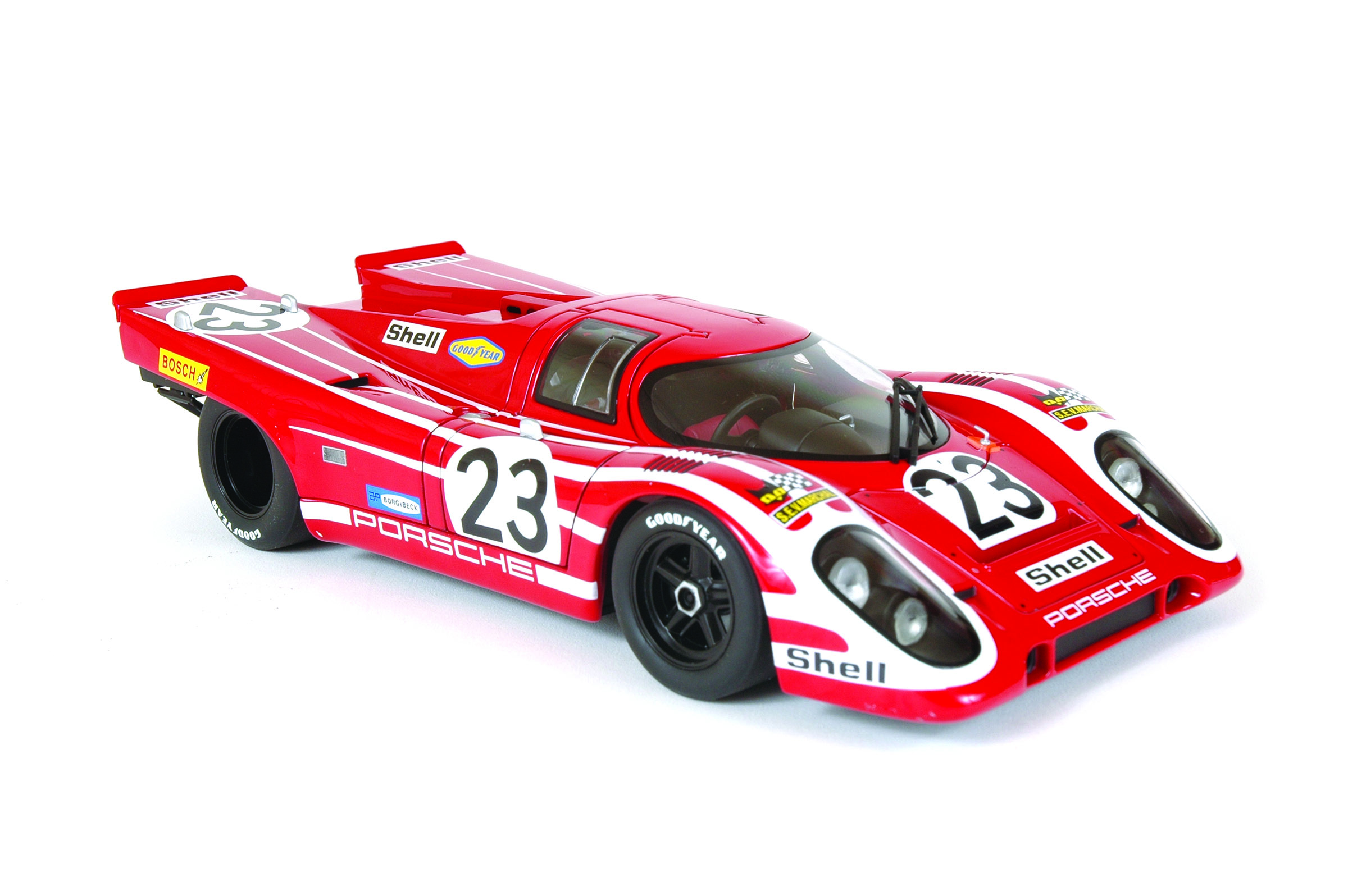 After Ford had dispatched Ferrari from Le Mans, it shifted gears and let the mighty GT40s fade in the glorious sunset. Ready to take its place was the equally formidable Porsche 917Ks. But, Enzo Ferrari was determined to return to Le Mans glory with his new 512S. This forced Porsche to step up its efforts by bringing on improvements to its 917. AUTOart has released the winning #23 917K driven by Hans Herrmann and Richard Attwood. This is a fabulous 1:18-scale diecast with a rich finish and exact livery.  The flat 4.5L 12-cylinder engine is properly detailed, as is the driver’s cockpit. The tires and wheels are spectacular racing fare and don’t overlook the single-blade, dual arm windshield wiper. It played a big part in rain-soaked races and ultimate victory.