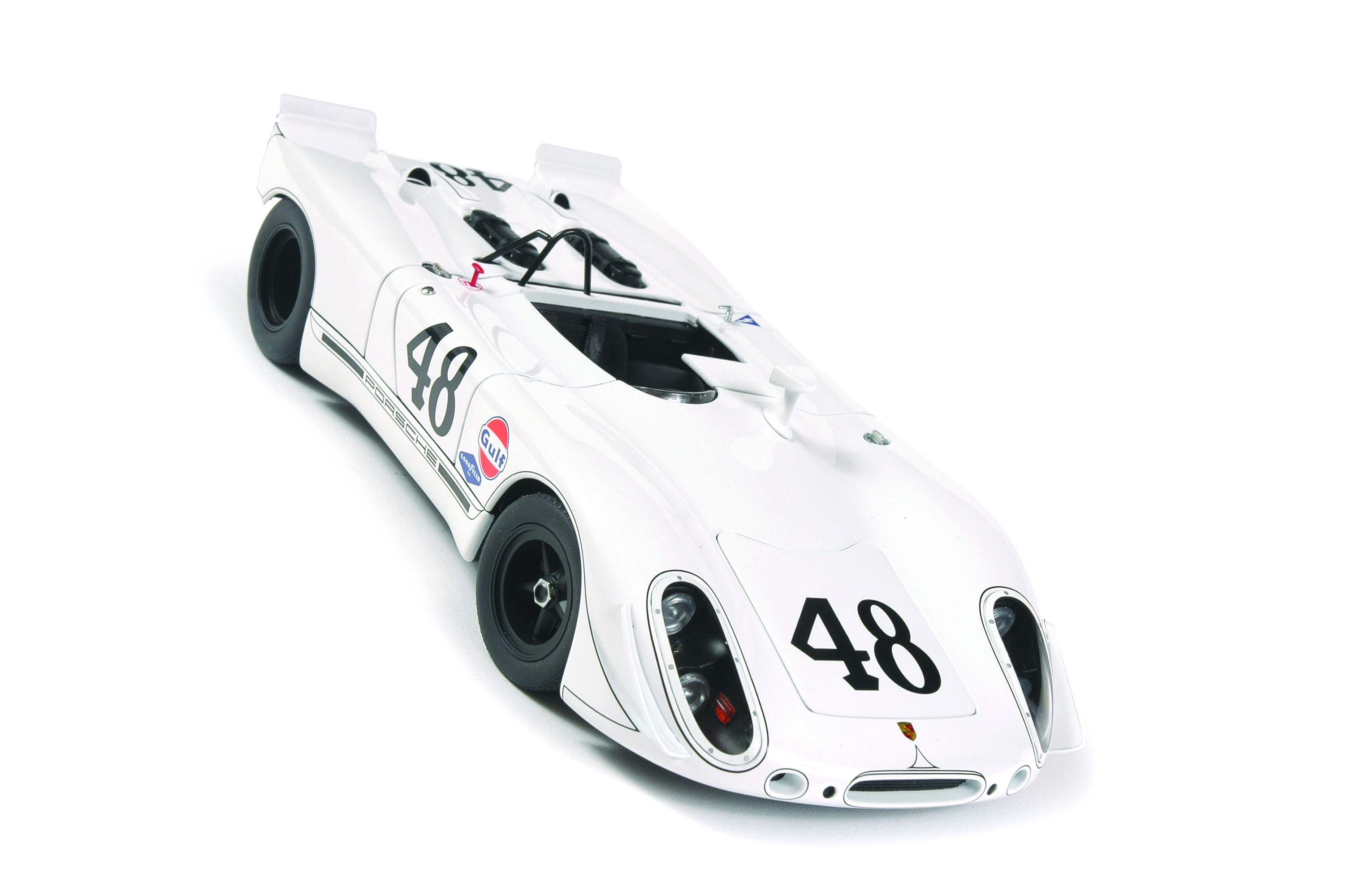 Steve McQueen was the real deal. Not only was he one of the most talented and iconic actors of his time, but he was also a competitive race car driver—one who could run head to head with the best in the 1960s and ’70s. In the 1970 12 Hours of Sebring, McQueen and Peter Revson took a recycled Porsche 908/2 to a near win, passed on the final turn by Mario Andretti in a Ferrari 512. The same Porsche as used at that Sebring race became a camera car for McQueen’s Le Mans movie production a year later. AUTOart’s new release of the 908/02 is an amazing scale replica of a racer that ushered in a new era for Porsche. This is a truly outstanding item that is detailed to the hilt. Every aspect is topnotch and well worth the asking price. There’s a lot to the story of  both the real car and this diecast. Look for more next issue!