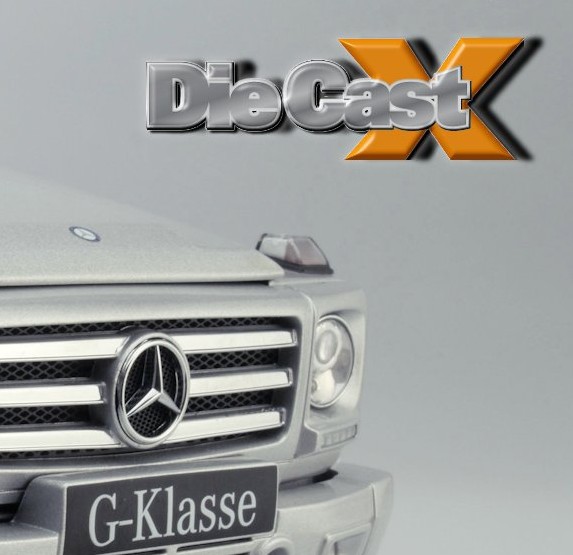 Not much has changed on the outside of Mercedes-Benz’ G-class SUV since it debuted in 1979, but the super-rugged machine, first developed as a military vehicle, has had a ton of refinements from within. The first examples, called “G-Wagen” (for “Gelandewagen”, roughly translated as “watch me climb this wall“), were co-manufactured by Daimler-Benz and Steyr-Daimler-Puch, and emerged from the latter’s factory in Graz, Austria.

By 1990, the third-generation G500 could be built as a lux-level accessory capable of boulevard cruising and boulder-crawling alike, and by 1993, it had grown a V8. This development was immediately acted upon by the likes of AMG, RENNtech, and the crazies at Brabus, who actually yanked the motor in favor of  a twin-turbo’d V12 (watch me buy this oil well). Always made in limited numbers, the righteous box hasn’t ever been a barnstormer as far as sales were concerned, but for those who appreciate a solid, capable cage around them, few machines can match the Benz for its mashup of utility and grandeur. Or optional armor cladding. We’re not kidding.

AUTOart’s nailed the box, and well, in this 2012 foreign market version (we’re guessing China) in Iridium silver, with opening doors, hood, rear door and steerable wheels. Jacked on hefty, metallized five-spoke alloys wrapped in lookalike, no brand rubber, the thing is tight and polished, wearing a just-right metallic sheen under a good clear coat. The trim pieces are slick, ranging from the LED running lights under the bifocal headlamps to the mesh in the truck’s grille, and even the utterly flat glass (not a curved piece in the bunch) has been treated to gasketing all around.  Wee “V8” badges call out the 5.5 liter pump under the bonnet, and getting to see it in person is easy thanks to the strut built into the hood. Arrival at the spot is a little anti-climactic, thanks to the Vader-like shield the engine wears, but a peek under the mask reveals that there is, indeed, a fully cast, nicely detailed engine in the house.  To see more of the motor, take a trip downstairs, where the chassis is replicated in all its over-engineered glory in a deep relief casting positively crawling with suspension pieces, driveshafts, locking diffs, and a full exhaust system that do-se-dos side to side before ditching in front of the rear wheels.

None of this technical and mechanical wizardry means anything to the average American customer who buys a G-Class. It’s what’s on the inside that matters, and AUTOart gives the area major props. Nicely crafted castings for the seats and dash have been painted to look like leather, then treated to wood-grain, chrome, and decals where needed. The high points are the touch screen atop the burled console, and the fabric belts slung to the sides. Pull the rear door open, and the cavernous cargo area is carpeted, too. Talk about a rose in a fisted glove.. we’re waiting to see the updated AMG version. Like your luxury rough and ready? Go G. – DCX