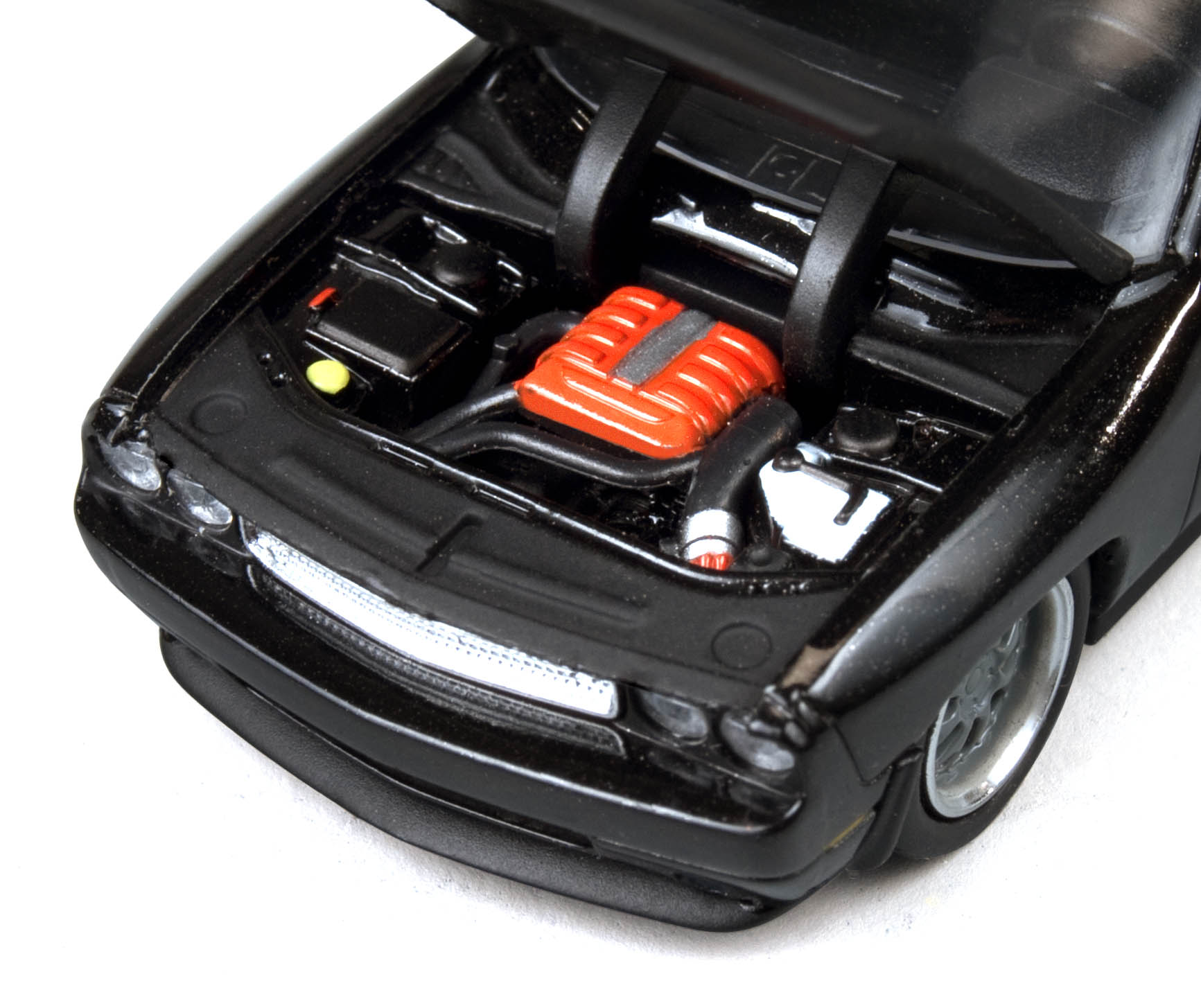 True L.E. (Limited Edition) is the first line of collectible die-cast to actually destroy the tool after the production run is completed. The destroyed tool even becomes part of the collectible, as shavings from the die-cast tool are packaged with each car. To prove that the tool is destroyed, Round 2 will make a video of the event widely available in October.

“We’re thrilled to revolutionize the industry again by redefining the standard for limited edition die-cast,” states Tom Lowe, President of Round 2. “True Limited Edition is an entirely new concept in die-cast collecting because once a production run is final, we destroy the tool! Then to top it off, you get some of the actual tool with each vehicle. Like no die-cast brand before, there will always be a finite number of vehicles, forever.”

The three-inch-long cars are featured in four colors per release. Each car will be built with a diecast metal body and chassis, treaded tires, and a detailed engine with multiple parts. The cars are each individually serialized under the opening hood. The initial release car will feature a custom 2010 Wide-Body Dodge Challenger styled after Lowe’s personal muscle machine. The line will debut exclusively at Toys”R”Us in late October, with a limited quantity of 5,000 pieces in two Dodge factory colors – Brilliant Black Crystal Pearl and Stone White – to be sold at Toys”R”Us retail locations. Next, in November, hobby stores and autoworldstore.com will exclusively feature both two additional Dodge factory colors, Bright Silver Metallic and HEMI Orange. The next True L.E. vehicles to be produced will be the Hennessey HPE700 Chevy® Camaro®, and the Callaway SC652 Chevy® Corvette®.

“We believe that the die-cast collector will jump on this concept,” says Lowe, “mainly because we’re limited edition, but we prove it in a very finite way.” 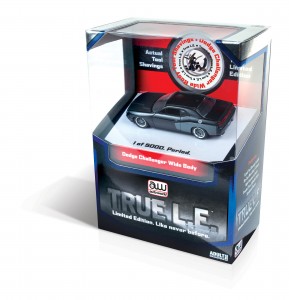