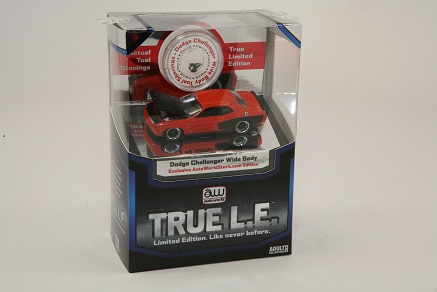 In a bold move, Auto World has redefined the meaning of a “limited edition”, by providing proof that certain models won’t – and can’t  – ever be re-issued. The new “True L.E.” series of diecast vehicles will be the first mass-manufactured line that actually destroys the tool from which the models are made, once the set production number is reached. The proof will be bits of the shredded mold, sealed in the package, along with each serialized model. The first car to be released will be a custom wide body Challenger, a highly detailed piece offered in four authentic Dodge color variations: Brilliant Black Crystal Pearl, Stone White, Bright Silver Metallic, and HEMI Orange. Chevy fans can look forward to a Hennessey HPE700 Camaro, and a Callaway SC652 Corvette, in the near future. The series will grow past that point, but once each is gone, they’re truly gone. Still not convinced? Each model’s packaging will include a web link to a video of the car’s tool being obliterated. Now, that’s entertainment. 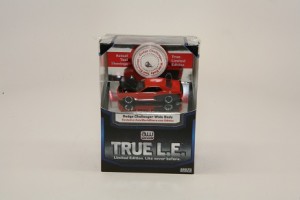