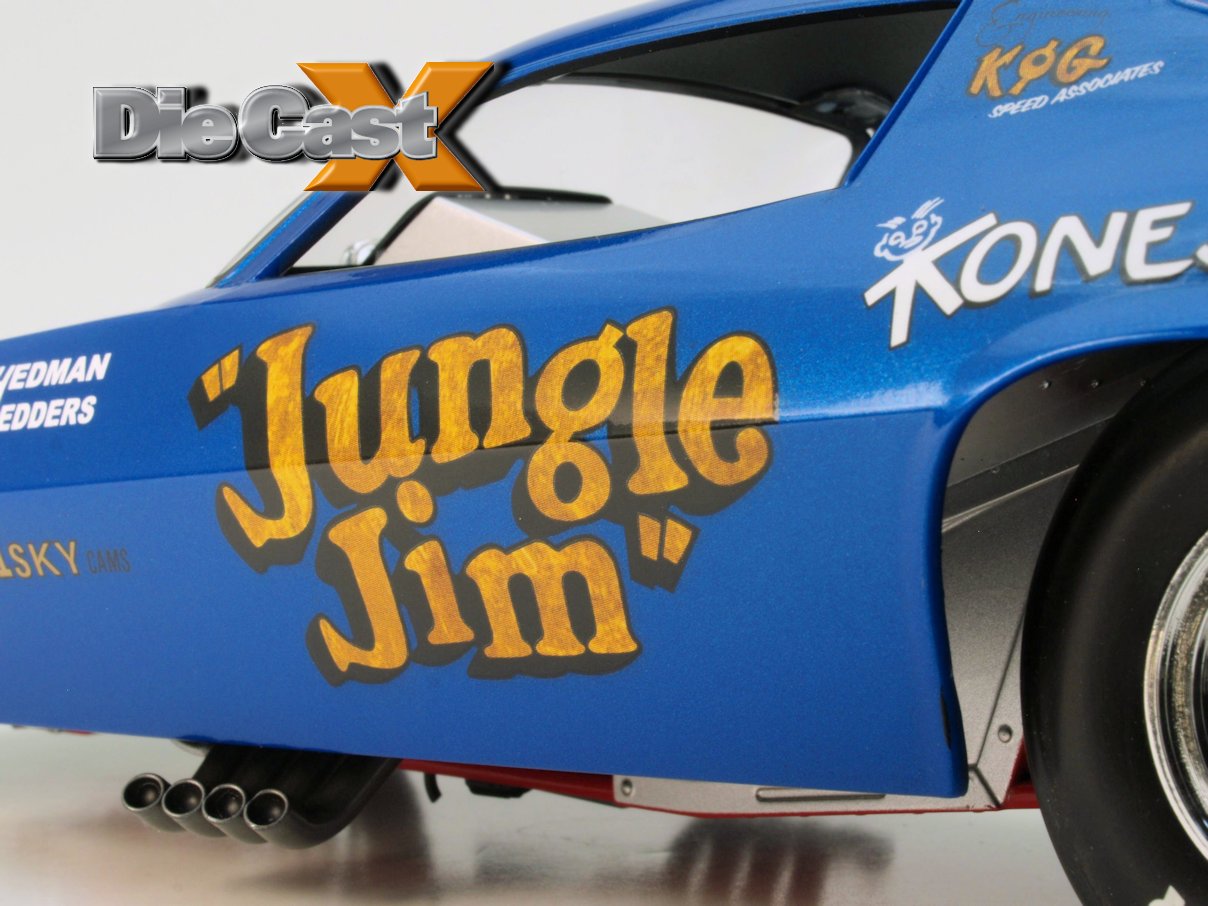 “Jungle Jim” Liberman was an accomplished race driver, to be sure. But his true strength, and the thing that has kept his memory alive, was his uncanny knack for showmanship. From his immaculate racers to his easy-on-the-eyes burnout babe, the well-recruited Pam “Jungle Pam” Hardy, Jim knew exactly how to put on a show for the fans. Auto World is no slouch when it comes to entertaining, either, and this “Legends of the Quarter Mile” model of the 4,000 HP “Honest Charley”- sponsored 1971 Camaro that Jim campaigned in the early ‘seventies shows them at the top of their game. First off: new mold. That’s always a good thing, and the Camaro looks vicious in a medium blue metallic that’s deep and flawless on the composite body. The wild rake, seamlessly applied graphics, and dead-eye look of the car’s painted face, all sealed under clear, amplify the Camaro’s already aggressive look. As for that look, it’s an exact match for archival photos and video we’ve seen, down to the tires and wheels. Under the tilt-up shell is the now-standard diecast chassis, with an equally pristine and authentic Hemi engine, surrounded by virtually every linkage, cable, hose and pipe we could imagine, all done in a mix of stainless wire and paint-deco’d plastic and vinyl castings. The takeaway? In addition to preserving the history of the sport, this series ranks among the best for assembly and finish in, or on, a ready-built model. Highest recommendation. – Joe Kelly, Jr.