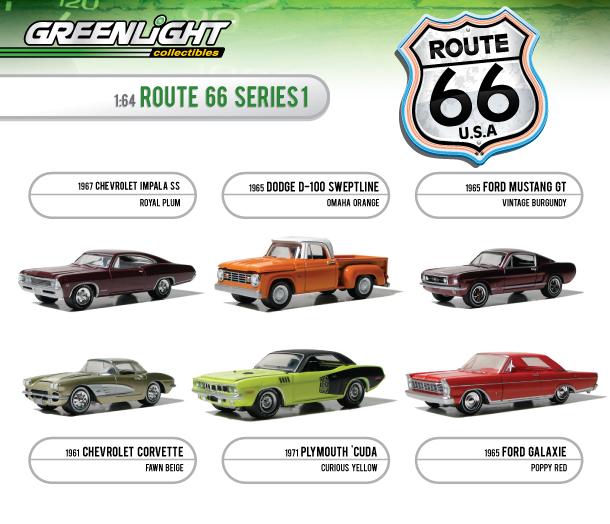 The first Route 66 which represents a part of American motorist evolution and draws on the nostalgia of a time when travelers of yesteryear took to the pavement with a sense of adventure and California dreams.  GreenLight translates this period of history through a 1:64th scale mix of retro and modern-day cars.
Route 66 – Series 1

Joining the Route 66 series is the all new GL Hollywood series which will put the love of the silver screen into something slightly smaller.  Offered in their 1:64th versions; GL Hollywood takes iconic film and television vehicles from both the past and the present and brings them to life with four wheeled diecast replicas.