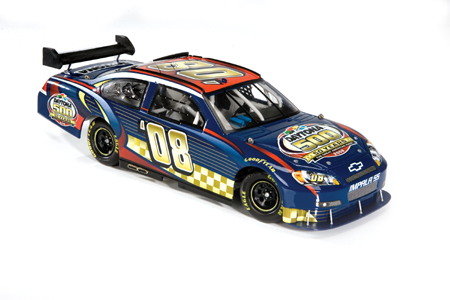 Action Racing Collectables is celebrating a half-century of the Great American Race by doing what it does best — produce highly collectible 1:24 scale NASCAR diecast. To commemorate 2008’s 50th year at Daytona, Action will be releasing a special series of Daytona winning cars throughout the year, as well as this special ’08 50th Running Impala SS done in three colors — red, white or the blue shown here. Each car in the series will come with special serial numbers, a certificate of authenticity and the special 50 Years logo under the hood. Bet on these being among the hottest diecast releases of 2008. And check out the Summer 2008 issue of DieCast X for a full review of two of the first releases in the series!