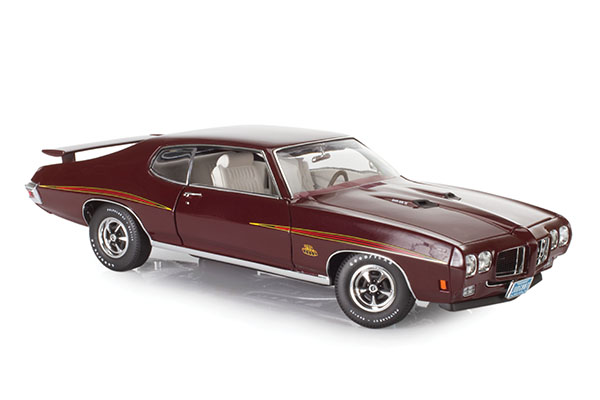 By most accounts, Pontiac invented the conventional muscle car with its introduction of the GTO in 1964. The formula was so successful that virtually every American manufacturer introduced one in the following years. By 1970, Pontiac was getting a little lost in the crowd, so it decided to pump up the octane on the GTO in the attempt to recapture the attention—and the dollars—of the muscle car enthusiast. Thus, “The Judge” was born. Envisioned as a top-option GTO with every styling and go-fast goodie in Pontiac’s catalogue, The Judge was hard to ignore. Wild colors and wild performance were its hallmarks.ACME is reviving the GMP 1970 GTO tool to release this Burgundy Poly Judge, complete with a Ram Air-equipped 455 and a 4-speed transmission!