Dozens — even hundreds — of great diecast replicas get released each year, and which ones you cannot live without is largely a matter of taste…and budget. But as the holidays approach, we figured the time was right to narrow down a short list of our very favorites for this year. So hear it is — feel free to forward this list on to anyone who might be looking for last-minute gift ideas for you. (You’re welcome!) We’ve even included links on where to buy where possible, so any diecast novices shopping for collectors will be able to track them down. Happy Holidays! 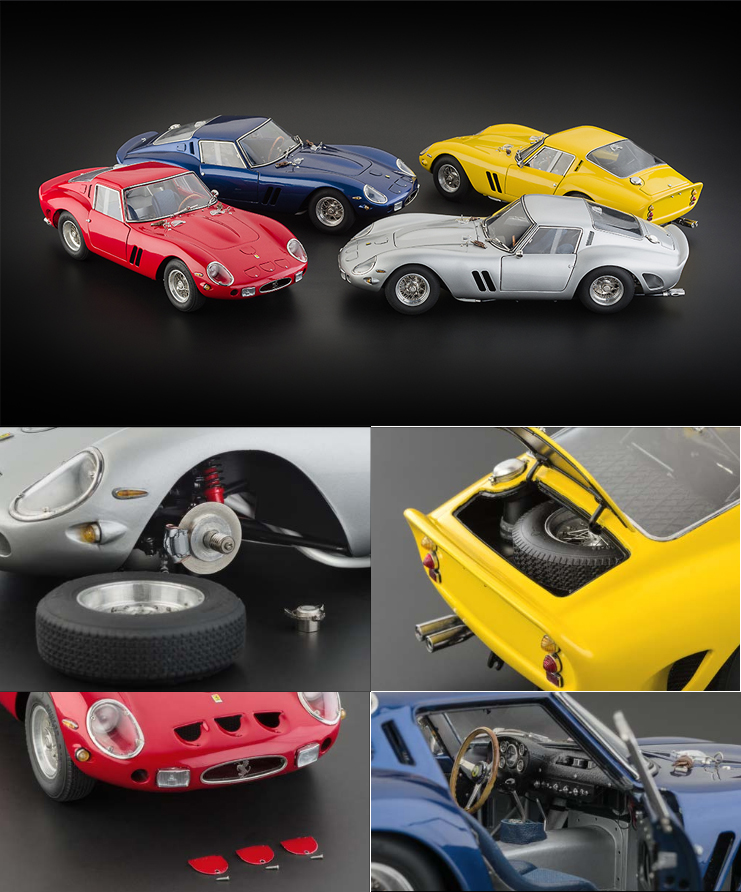 Nobody in the 1:18 space does classic Ferraris like CMC, and no Ferrari is more classic than the 1962-64 250 GTO. Most of you know the story: nominally a variant of the 250 GT Berlinetta SWB to homologate it for FIA GT racing, in reality it was a complete redesign that bore as much relation to racing prototypes like the 250 Testa Rossa, from which its engine was borrowed.  CMC already had 250 GT SWBs and Testa Rossas in its 1:18 stable, so a GTO replica was almost inevitable. It is now a reality, and it makes for one of the most desirable diecasts out there. Available in red, yellow, blue, or silver. They are certainly not inexpensive, but you’re worth it — right? 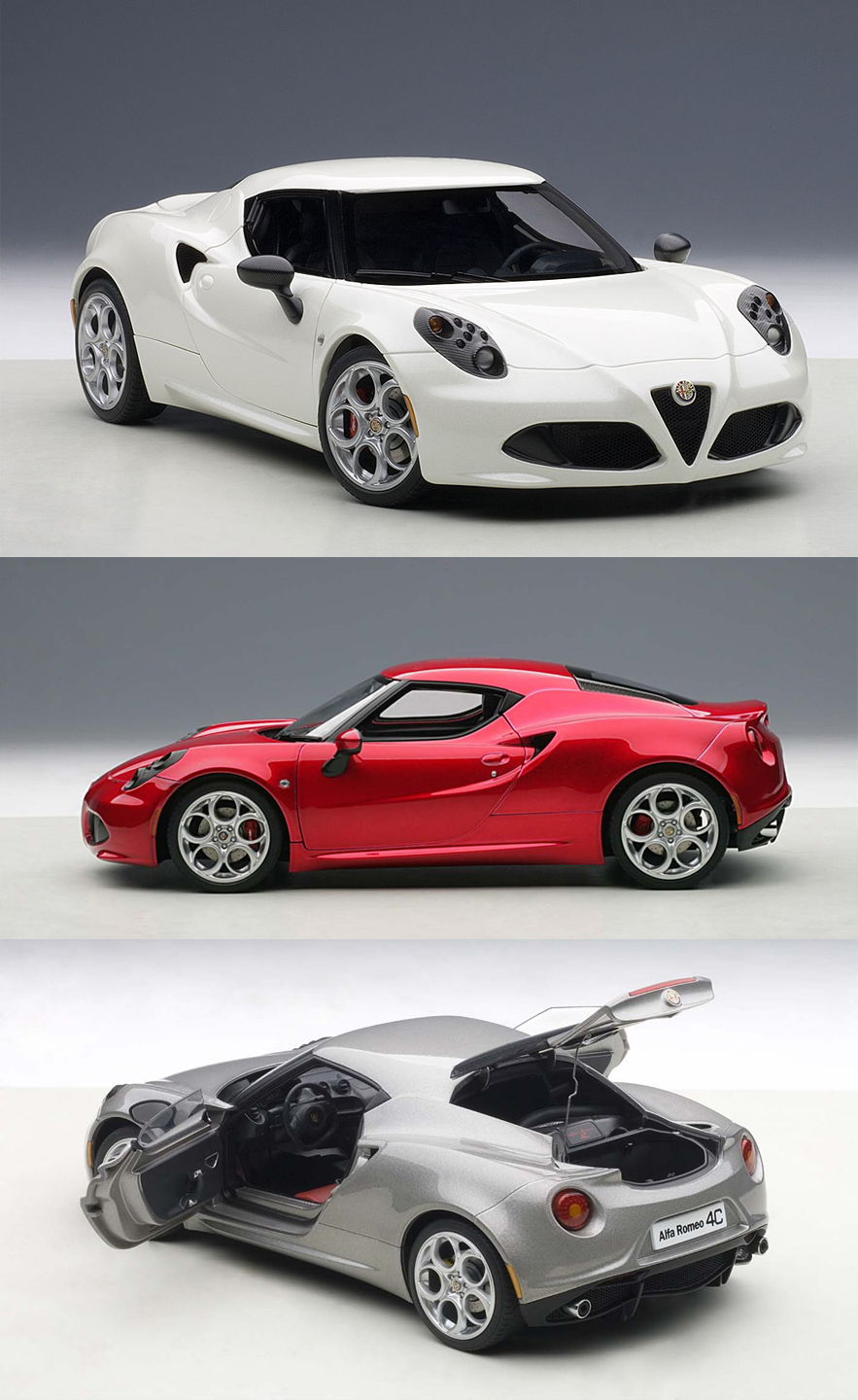 Alfa stormed back onto the sportscar stage in the USA with the beautiful, elemental little 4C. Supremely lightweight and nimble thanks to its plastic body and carbon-fiber chassis tub, the raucous little turbo 4-banger delivers junior supercar performance to match its looks. AUTOart made the 4C the second in its composite series of 1:18 replicas, and the best yet thanks to opening doors and rear hatch. First-rate fit and finish, perfect lines on that dramatic body, and solid value all add up to a great mid-priced gift idea for the sports car collector. Available in white, red or silver. 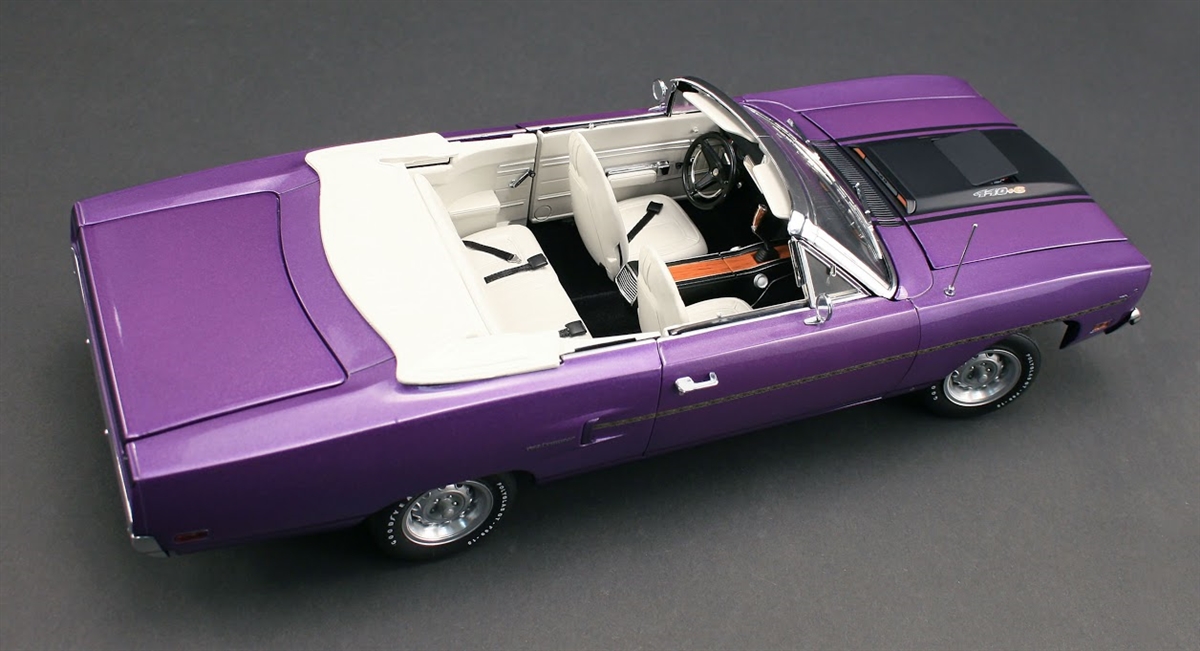 GMP’s muscle Mopars were welcomed back with open arms at the beginning of the year, and now we have a new convertible version just in time for Christmas — in one of the all-time best factory colors ever sprayed on a Detroit offering. The “In-Violet” purple is contrasted by white interior/top, and the ‘Runner comes packing a 440-Six-Pack backed by a 4-speed with a pistol-grip shifter. That’s a lot of scale firepower–and a perfect motivation to stay on Santa’s ‘Nice’ list for this year. GMP is taking pre-orders now, although they project a late December release, so it MIGHT just make a last-minute gift. Even if its a few days late it’ll be worth the wait! 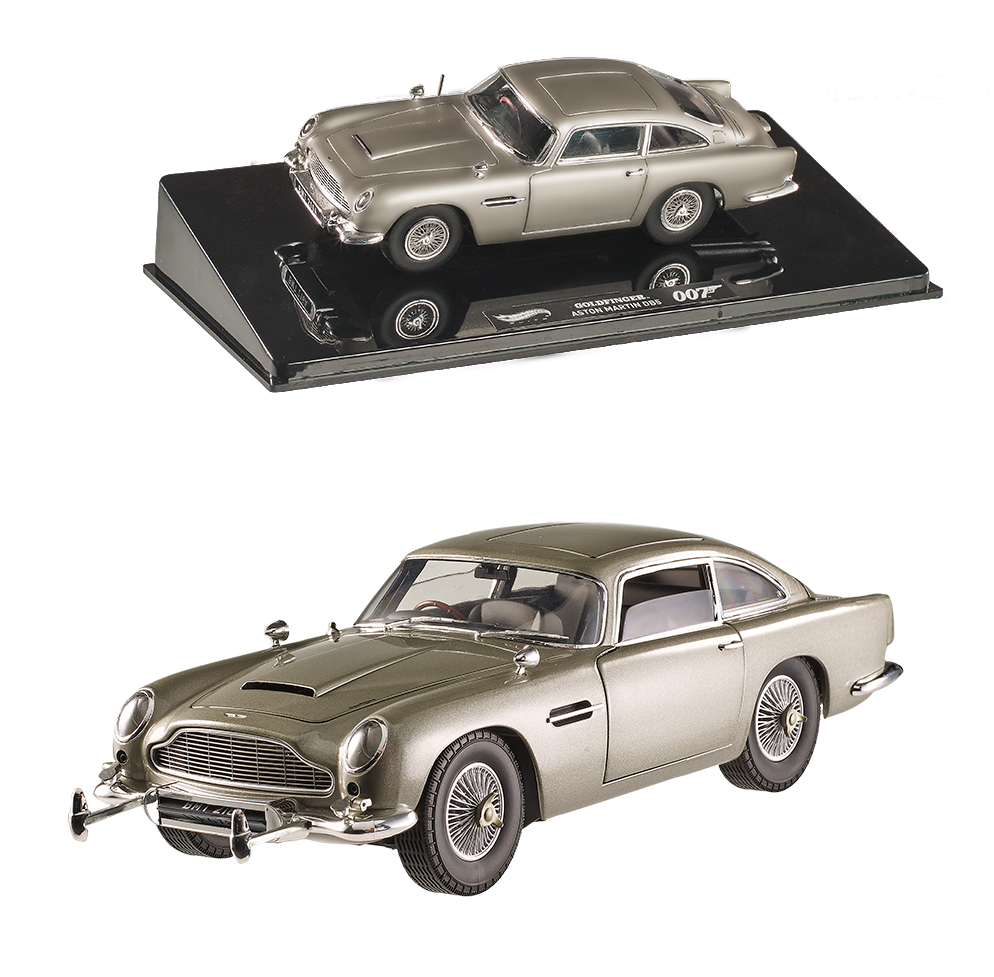 There is no more iconic a movie machine than James Bond’s Aston Martin DB5. As central to the 007 character as a martini — shaken, not stirred — it first graced the silver screen in 1964’s Goldfinger, became an instant sensation, brought Aston Martin back from the brink of bankruptcy, and has gone on to reappear in 7 more Bond films. Gadget-laden and oozing British charm, this has been a collector favorite for decades. Hot Wheels Elite has just released a version in 1:43, and will soon release a 1:18 version with functional gadgets as well. These are must-haves for Bondophiles.

Hot Wheels Elite doesn’t sell directly, so you’ll have to place the order with your preferred secondary distributor — we suggest Replicarz HERE. 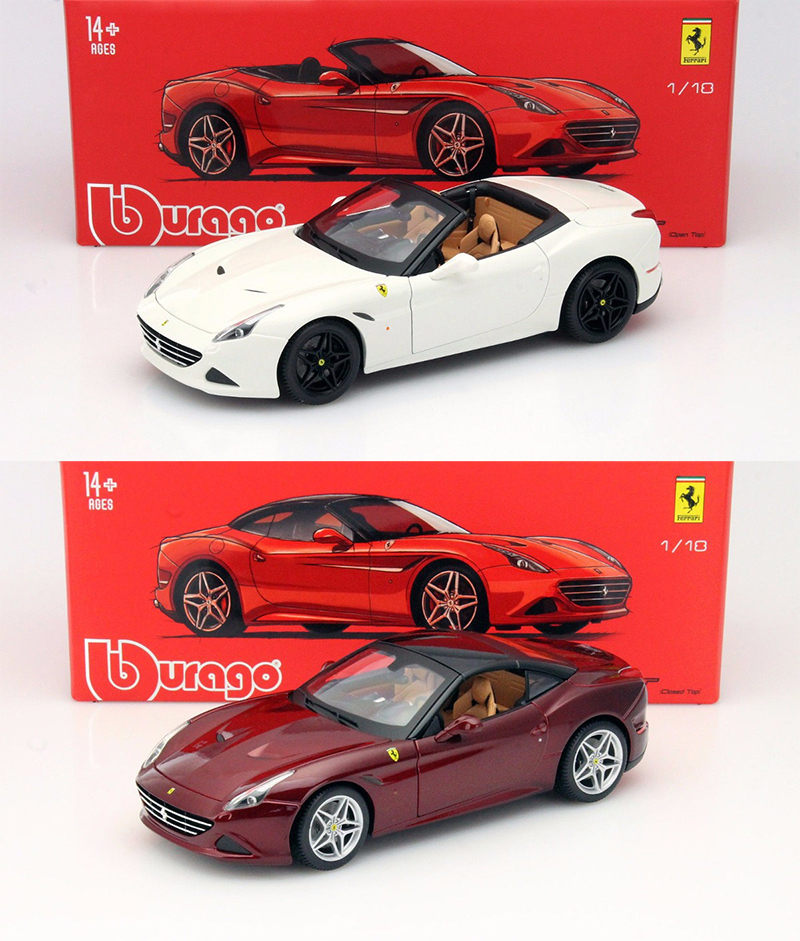 Bburago scored a huge coup in 2015 when it took over the Ferrari license.  It celebrated the occasion by launching a new line — the Signature Series — that moved significantly up-market in terms of detail and collector appeal. The inaugural release was the California T, the newly reinvigorated convertible hardtop now packing a 550hp twin-turbo V8! Bburago released several versions, but the two to go for are the versions exclusively for the hobby market–a red top-up version, and a white top-down version. If you haven’t looked at Bburago lately, now’s the time. These pack plenty of bang for the buck, so are a great gift choice among modestly-priced 1:18 models.

Bburago also does not sell directly. We recommend American Excellence HERE for a nice selection. 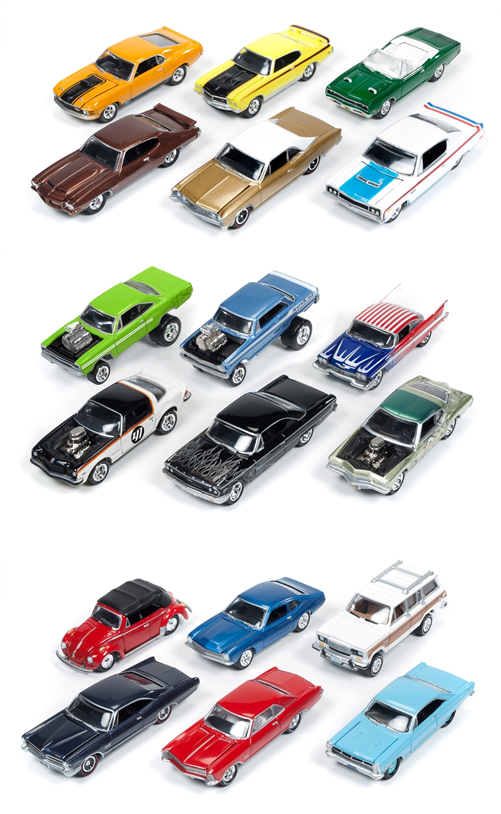 With the recent announcement of Johnny Lightning rejoining the market under the umbrella of Round 2, collectors will be scrambling to grab these first releases in the American Muscle, Street Freaks and Classic Gold lines (top to bottom.) Each Series will comprise 6 cars, released in A & B color schemes (these are the A’s). Nicely detailed, very affordable, and big collector potential all adds up to a great gift for any diecast fan. They are due out in January so they won’t quite make Christmas, but they will be available in retail locations all over — including your local big-box and toy stores–so be on the lookout in January!