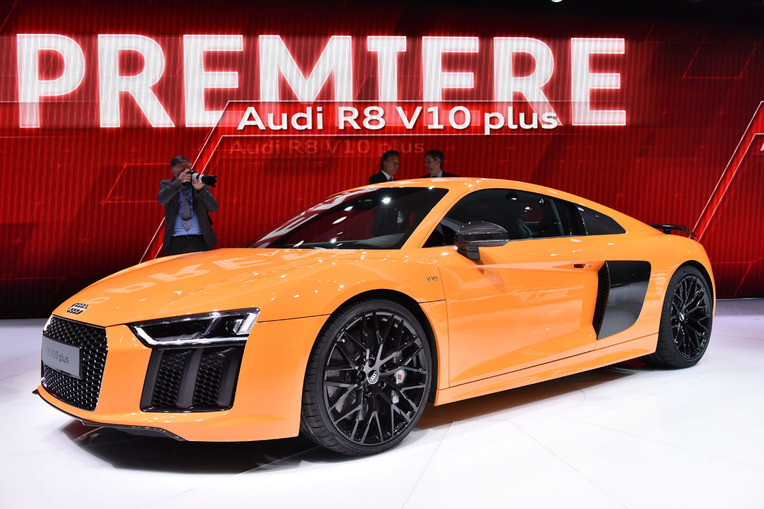 The 85th annual Geneva International Motor Show went on this past week, and the event is chock full of headline-making, late-breaking, spectacular, lustworthy and sometimes controversial new cars and trucks. Many of these will be impacting the diecast world in the coming year. Some will definitely be made in model form. For others there is a strong probability, either because of the car’s significance, or because of an existing diecast association with a similar make/model (or both), but we as yet have no direct confirmation of a scale version in the works. And last, we have cars that should be produced in scale for the collectible market–for no other reason than they would make spectacular/interesting replicas. So, without further ado, we present…

5 models from Geneva that will be diecast in the coming year: 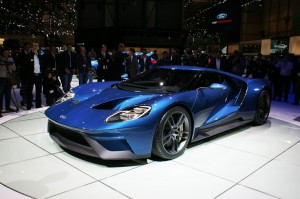 The easiest pick of the bunch–this is the car that will uphold Ford’s racing and street performance reputation for years to come. Slated to return to Le Mans next year, all eyes will be upon it. And with a sticker price north of $400K, it will be a no-excuses assault on the exotic car elite!

Manufacturers: AUTOart, Hot Wheels, Maisto, Minichamps would be good guesses, but not the only ones. Expect multiple brands, scales and pricepoints. 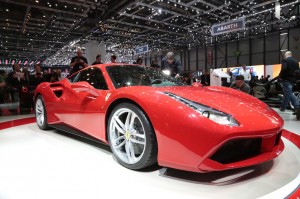 Also a lock for production in diecast. Ferrari’s next bread-and-butter supercar will be the first with a mid-engine turbocharged V8 since the legendary F40. Its likely to be faster too–and faster than any other standard model. Its gorgeous, its newsworthy, and its got a prancing horse on the hood — of course it will be in diecast!

Manufacturers: Bburago for sure; others possible. 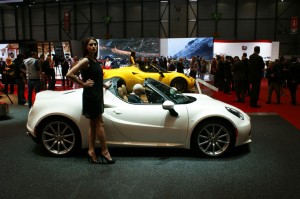 Too pretty not to be diecast. Refined looks, raucous performance, that Italian pedigree — now in a topless model! 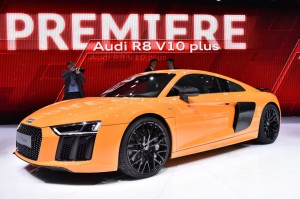 The new skin is just the tip of the iceberg for Audi’s flagship. More power (550hp), less weight, more sophisticated electronics and Lamborghini DNA add up to a 200+mph supercar with surprising utility. And then there is that new skin…

Manufacturers: Kyosho seems a lock in 1:18 and 1:43; Maisto likely at the entry level; various 1:43 racing models. 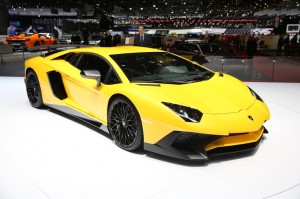 5 models from Geneva that are a solid bet to become diecast in the coming year: 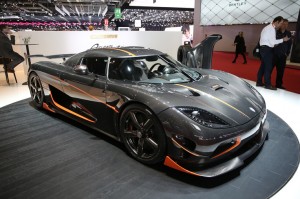 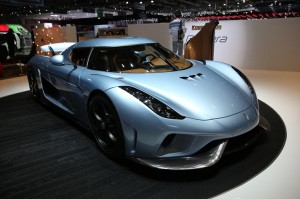 We list these together, though technically they are separate models. The RS is the latest evolution of the flagship Agera, and notably the first designed specifically to include the American market. The Regera is a fascinating hybrid concept which lays down a reality-warping 1500 street-legal horsepower without the need of a gearbox! With the hard-to-pronounce and harder-to-outrun Swedish supercar giantslayer producing some of the most eye-catching and outrageous machines out there, they are ideal for diecast.

Manufacturers: AUTOart has already produced the Agera; one or both of these seem likely to follow. 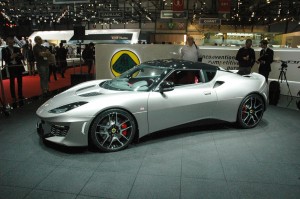 Lotus has pumped up the volume on the Evora’s style and performance, squeezing a full 400 horses out of its 3.5L V6 while chopping 50 pounds out of the weight, plus suspension, braking and aerodynamic improvements.

Manufacturers: Bburago makes the standard Evora already; we expect them to add a 400 model. 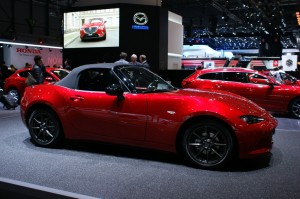 The 4th gen Miata (ND to afficionados) is the most anticipated sports car of 2015. It will be Mazda’s performance flagship — expect to see its taut lines plastered all over billboards and TV commercials this summer, along with giant smiles plastered on the faces of owners! The cult following of the model lends itself to collectibles.

Manufacturers: AUTOart, Kyosho and Spark have all done Miatas over the years–surely one of them will step up to the ND.

The only reason the NSX isn’t the most anticipated performance car of the year is that we’ve been teased so long that a bit of fatigue is setting in. But the wait is about over, and the car itself is gorgeous–and promises performance to match. Its hard to imagine the new NSX being as revolutionary as the original, but if it even captures a slice of old the magic it will be world-class, and worthy of collecting.

Manufacturers: Numerous brands have done NSXs in the past — at least one will grab the rights to the next standard for Japanese supercars. 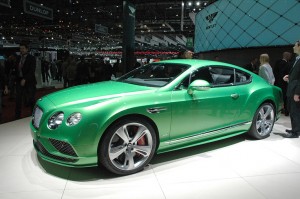 The lap of personal luxury–with a 650hp sledgehammer under the hood! Bentley’s 2016 redesign is subtle (if anything capable of 200mph can be considered subtle) and refined, with clear tributes to the marque’s history wrapping the latest in performance and luxury tech.

Manufacturers: Minichamps and Kyosho have both done Bentleys in recent years–here’s hoping one or both take a swing at the new Continental.

5 models from Geneva that we wish someone would make in diecast: 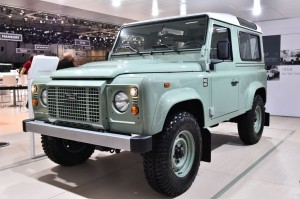 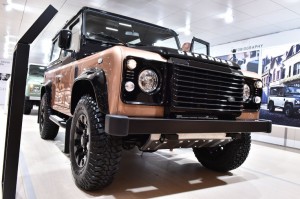 With Land Rover retiring its venerable Defender series–the final direct descendant of the vehicle that launched the company more than 65 years ago–much is being made of the model’s heritage–in this case literally! The Heritage edition is a stripped down, purposeful tribute to the original SUV. The Autobiography could be considered the model’s greatest hits collection–jam-packed with every style and function bell and whistle in the catalog!

Manufacturers: Kyosho and Century Dragon both make excellent Defenders. How about adding these? 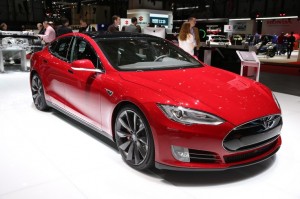 This one is a no-brainer. Tesla is pretty much single-handedly redefining the electric car–a 1/4-mile at a time! YouTube videos of the 691hp P85D stomping traditional muscle and sports cars with eerily silent 11-second runs have taken over the internet. 25 years from now, when we’re all driving ultra-perfomance electrics, we’ll look back and say that this is the model that made it both practical and ridiculously fun.

Manufacturers: How is this license not already locked up? 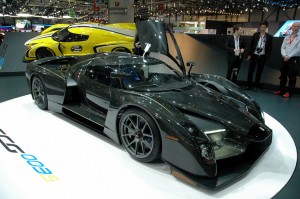 The latest from low-budget movie mogul turned Wall Street hedge fund magnate turned exotic car builder Jim Glickenhaus and his firm Scuderia Cameron Glickenhaus, the SCG003C is a road-going exotic with an eye toward international competition rules compliance (hence the ‘C’ suffix.) Light, elemental, and race ready with its 3.5L twin-turbo V6 tuned to produce anywhere from 500 to 650hp, depending on regulations. Prospects for diecast are directly proportional to its racing success, so watch the FIA results in 2016.

Manufacturers: Any of the 1:43 regulars. 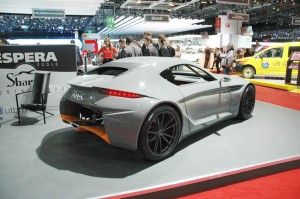 Its unfortunate that this stylish little coupe sounds like it is named after a mall food-court pizza joint, but the car itself is a stunner. Designed by a couple dozen students at the Sbarro design school with basically zero automotive experience, they should all get A’s for the semester. This has basically zero chance of being built either for real or in scale, and that is a shame. 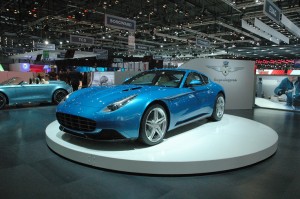 From a “Who?” designer to a “Who’s Who”– we finish up with storied design house Touring paying homage to Ferrari’s past with the Berlinetta Lusso. Applying classic cues from namesake Ferrari 250 GT Berlinetta Lusso (as well as other classics like the 166MM) to a modern F12-based grand tourer, they plan to make just 5, guaranteeing even more exclusivity to this 750hp stunner!

Manufacturers: none announced, but odds of this might be better than you think. (And wouldn’t this just make an outstanding BBR Limited Edition?)