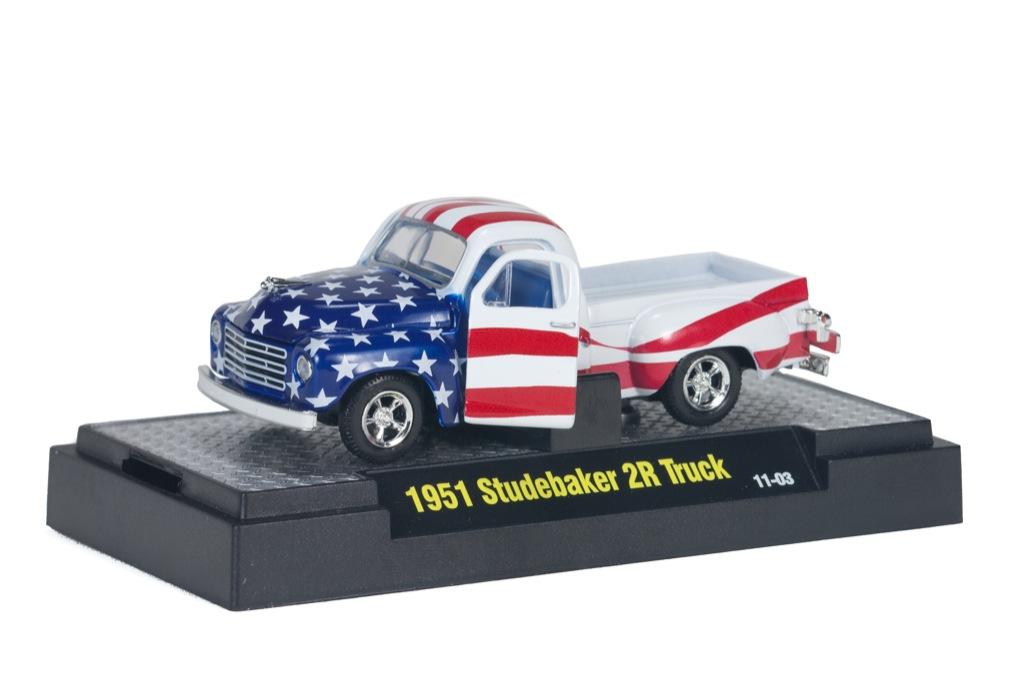 What better way to honor the men and women of our armed forces than to dedicate a series of diecast vehicles to them. A 1949 Mercury, 1957 Chevy Bel Air, 1951 Studebaker 2R Truck, 1965 Shelby GT350, 1969 Dodge Charger Daytona and 1971 Plymouth Cuda were selected to do just that for Auto Dreams Patriotic Release 1.   M2 Machines designed each vehicle’s exterior to feature a red, white and blue American flag stars and stripes paint job.  As we have become accustomed to expect from M2 Machines, each vehicle is home to a detailed interior and engine bay.  All of the vehicles in the set are rolling on a set of chrome wheels and come with detailed chrome exterior trim.