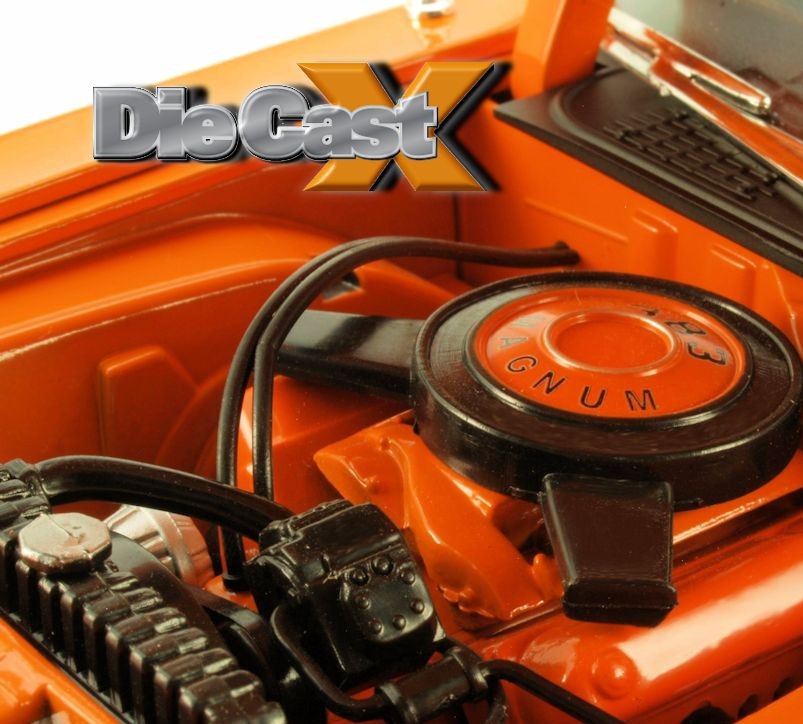 2 Fast 2 Furious, the sequel to the blockbuster film The Fast and the Furious, gave screen time to a lot of memorable machinery doing some unforgettable (and not exactly legal) things. One such scene had this car, a 1970 Dodge Challenger R/T, driven by Eric Etebari (playing the role of “Darden”) in a tag team street race against a pair of nitrous-tweaked Mitsubishis. It was a thrilling segment that we’ve watched several times, and the takeaway (aside from popcorn bloat) is that GreenLight’s done a great job turning the car out in 1:18.

Rolling on American Racing-style five spoke rims and meaty rubber (sans the raised white “BF Goodrich” lettering), the model’s well scaled, with good shut lines on its opening doors, hood and trunk. A moderately detailed 383 V8 has a touch of plumbing and sits well between the fenders; opening the doors to the black plastic interior reveals a nicely recreated dashboard and center console, photo-etched seatbelts, and a flocked floor. True, the model is missing the nitrous-powered ejector seat featured later in the movie, but it makes up for that with very crisply scaled foil “Challenger” scripts and working hood pins, all wrapped in a neatly-decorated box featuring artwork and logos from the film. 2 cool.

Read about this model and more in the “Showroom” section of the Spring 2013 issue of DCX!