We all know the classic tale of star-crossed lovers Romeo and Juliet ended tragically in Renaissance-era Verona, but one retelling—some 400 years later (give or take) and 200 miles west in Turin—ended in a much happier union. That one was penned not by Shakespeare but by Franco Scaglione, master designer at Bertone. And he worked not on parchment but in aluminum and steel. This lovely Giulietta (the Italian spelling, of course) is still our beautiful heroine, and this time she becomes the pride of the house of Romeo! Behold the Alfa Romeo Giulietta Sprint Speciale (SS). Oddly enough, this special Giulietta owes her beauty in part to a certain BATmobile. No, not that one. I’m talking about Bertone’s “Berlinetta Aerodinamica Tecnica” design studies based on Alfa’s 1900 chassis and which would come to be known collectively as the Alfa Romeo “BAT” cars. They too were penned by Scaglione, and the third—1955’s BAT 9—bears a striking resemblance to the Giulietta SS. Aerodynamics govern the design of both, allowing the production SS to achieve an astounding 0.28 drag coefficient—better than most production cars today! That allowed it to hit an impressive 124mph despite being powered by a tiny 1.3L 100hp engine.

The Best of Show Giulietta SS is badged as a 1961 model, which puts it in the middle phase of SS production. Early cars have what’s referred to by collectors as the “drop nose”—a more steeply raked bonnet and a smaller grille opening. This car has the later “high nose,” typified by the larger grille opening and more space on the lower valence for a full-width front bumper, which most high-nose cars came equipped with. This car omits the bumper, suggesting a more competition-oriented car, though, truth be told, the SS—with its rela­tively heavy steel body and lavish interior—was much more of a GT than a pure racer, despite its small size and 2-place accommodations. In late 1960, an uprated version of the 1.3L Inline-4 was made available, making 112hp through higher compression, a more aggressive cam, and several other improvements. And one presumes a 1961 car of this setup would have that, although, since it’s a sealed-body resin piece, that is left to speculation.

Scaglione’s body­work requires no speculation—it is stun­ning. The signature Alfa shield—complete with its Milanese red cross on the left and a crowned serpent eating some hapless man on the right—adorns the grille, the trunk, the hubcaps, and also the steering-wheel button. The model captures the deeply tapered tail and the semi-enclosed wheel arches with their prominent brows on the front—both of which greatly contribute to the car’s extraordinary beauty and aero efficiency. The wheels are excellent. The tires have good tread molding, but their sidewall height is too tall, causing the overall diameter to be a bit too large for the wheel openings. The other miss is the window trim. The trim is done with silver-colored tape, and it doesn’t cover the some of the glue seams on the windows, especially around the A-pillars. The Alfa and Bertone badges are expertly rendered, and there’s a vertical wind deflector at the base of the windscreen, which is a cool added detail. Best of all is the finish. The vibrant Alfa red is liquid smooth and accents the luscious curves of the body perfectly. The Giulietta SS commands six-digit auction prices these days. The BoS model is substantially more affordable, but being limited to just 504 pieces, it won’t necessarily stay that way. Our advice? Grab one now so that your Romeo Giulietta story doesn’t end in tragedy. 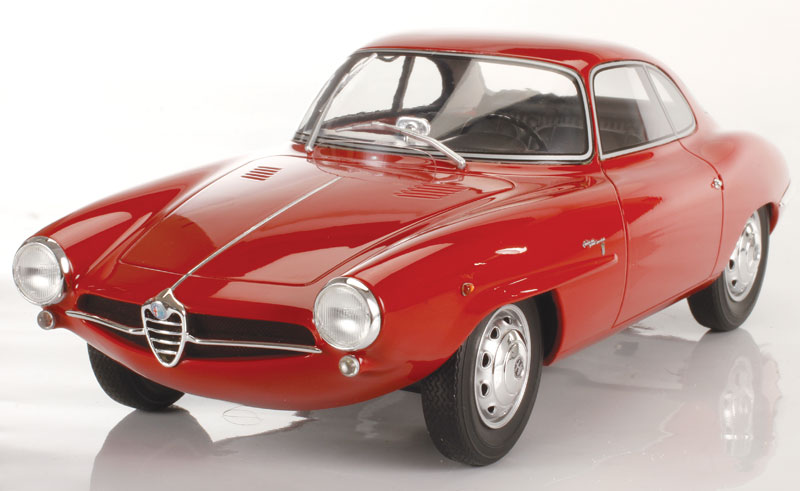 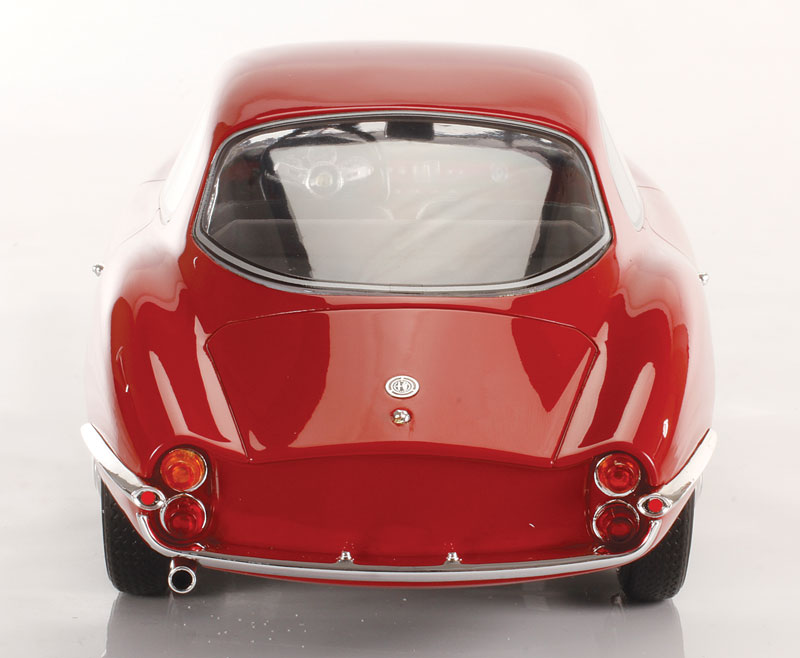 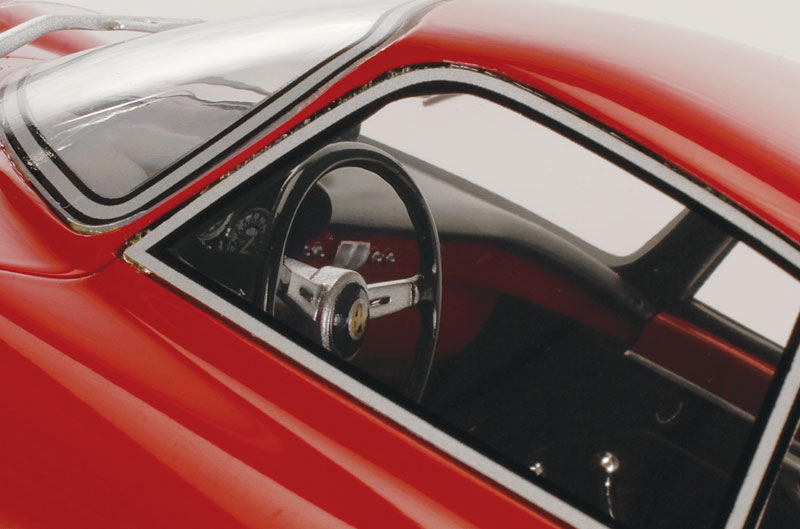 Interior detail is faithful to the original, right down to the Alfa crest on the steering-wheel button.