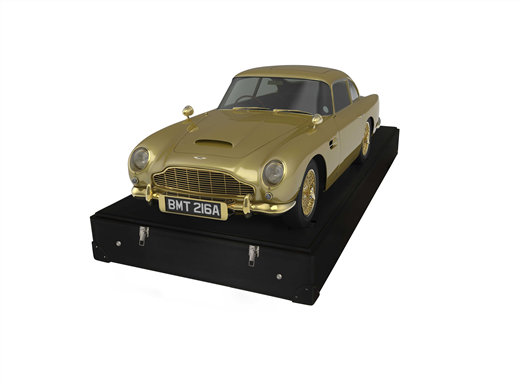 Christie’s Auction House recently sold what is almost certainly the most elaborate, most expensive and most desirable scale replica of an Aston Martin ever made. This 1-of-a-kind 1/3-scale model was patterned after James Bond’s iconic DB5 that made its first appearance in Goldfinger, and returned for five more Bon 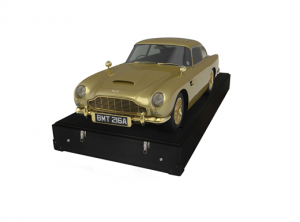 d films over the course of the next 50 years. (Well, five and counting, as it certainly would not be a surprise to see the DB5 show up in future 007 adventures.) This model used 3D-printing technology in the crafting of many of its components–including functional headlights, hideaway machineguns, rearward bullet deflector screen, and revolving number plates–and it was then coated in 24 karat gold plating!

Interestingly, 1/3-scale models of the DB5 (not gold-plated!) actually made an appearance on-screen in a James Bond film. The climactic scene in the most recent Bond film Skyfall featured 007’s DB5 meeting a rather ignominious end, but rather than harm a real DB5 for the scene, film crews used 1/3-scale models to depict the car’s destruction!

No surprise then that this gilded example fetched an impressive $90,000 when it was auctioned last month in a charity event!