Muscle Cars are a staple of American automotive history, and thus of the diecast hobby. For many of us, they are where we got our start collecting – be it with muscular Hot Wheels, or with larger scale models like the Ertl American Muscle series. At the peak of the musclecar era—from the early ‘60s and stretching into the early ‘70s—big V8s got wedged into a wild array of sporty American cars. It was a glorious age and it has made for some glorious models! But the party was pretty much over by 1974, with the last muscle car holdout being the Pontiac Trans Am Super Duty. After that the muscle cars that remained increasingly emphasized style over substance, as tightening emissions standards and a couple of oil crises left big, thirsty powerhouse V8s out of step with the times. 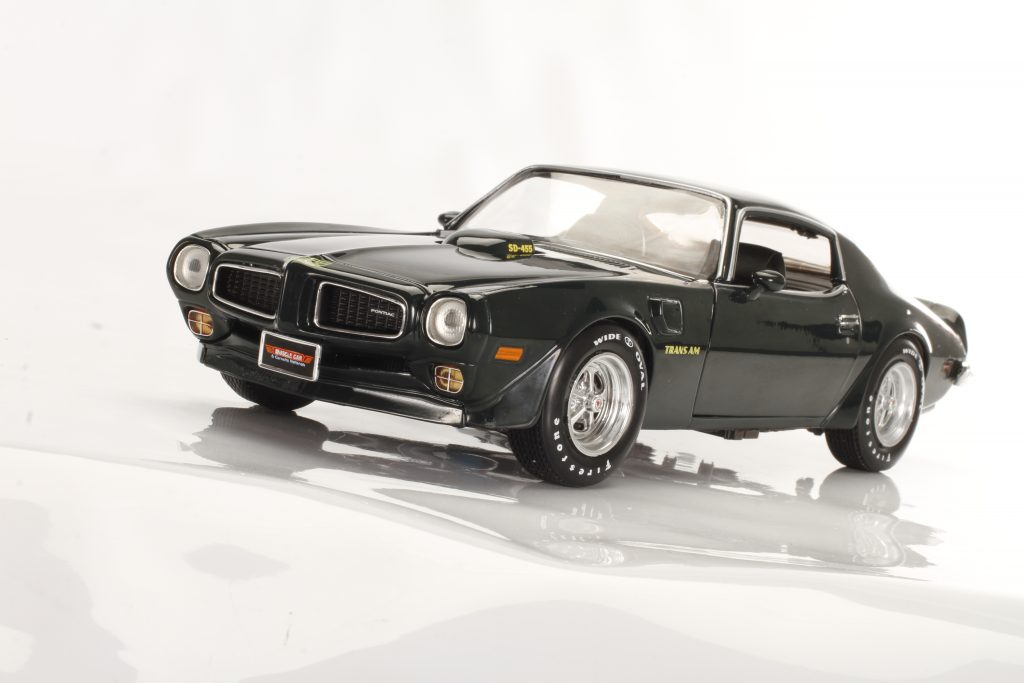 But hidden among the halfhearted adaptations of econoboxes and luxo-barges with smog-strangled engines and overdone graphics are actually some pretty decent cars. So that got us thinking—what are the best post-muscle-era muscle cars?

A couple notes on how we made our picks. First, the Muscle Car is a uniquely American phenomenon, so everything on our list was built and sold by a Domestic manufacturer. 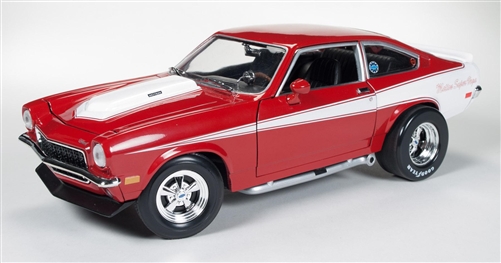 Second, everything considered came from the dark days between 1974 and 1981. (By ’82 things had started to turn back around with the Fox Body Mustangs, the 3rd-Gen Camaro/Firebird and Buick’s Grand National. So we set the boundaries there.) Lastly, we considered only full production models that most any customer could go into a dealership and buy—no ringers! And because we acknowledged said the Pontiac Trans Am was the last original muscle car holdout, so we are excluding it and its twin the Chevrolet Camaro in the interest of competition. After all, we are trying to find hidden gems here! So without further ado, here is our list:

The Torino had grown from Ford’s midsize muscle car into more of a luxury coupe, but with the Mustang downsized for 1974 it was the only option left for a high-performance V-8 from Ford. The best engine for ’74 was the 351 Cobra Jet—good for 255hp and available with a 4-speed.  The 351CJ was discontinued in 1975, leaving a 226hp big block 460/C6 automatic the top combo for the last two years of Torino production. (The model pictured is GreenLight’s 1:18 Starsky & Hutch ’75.)

It may be hard for us to understand how Pontiac could have tacked its most honored muscle nameplate—the one that started it all ten years before—onto a Chevy Nova compact clone for 1974. But in the company’s defense, it sold almost double the number the Le Mans-based ’73 model did, and by shedding more than 400 pounds it performed better too. It actually doesn’t look bad, and the functional cold-air Shaker scoop on the 200hp 350 V8 is legit muscle-car tech. Is it the most desirable GTO? No—but it’s not the worst GTO either. 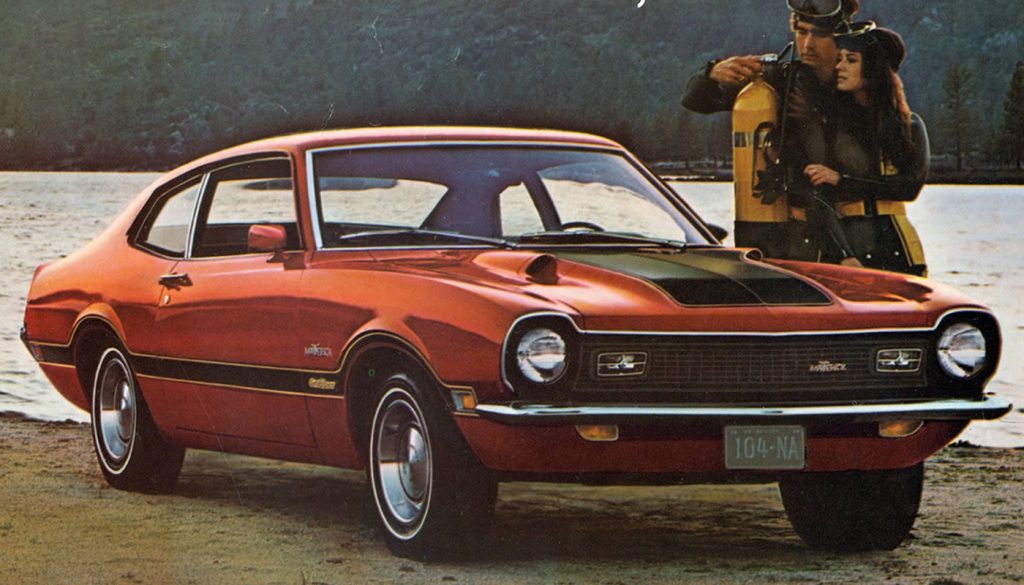 The Maverick had been introduced in 1970 as Ford’s economy car replacement for the Falcon, sharing its chassis just like the original Mustang. When the Mustang was discontinued in favor of a Pinto-derived compact in 1974 the lowly Maverick became the only small Ford with an available V8. Together with those Falcon/Mustang underpinnings it made for a respectable performance model. 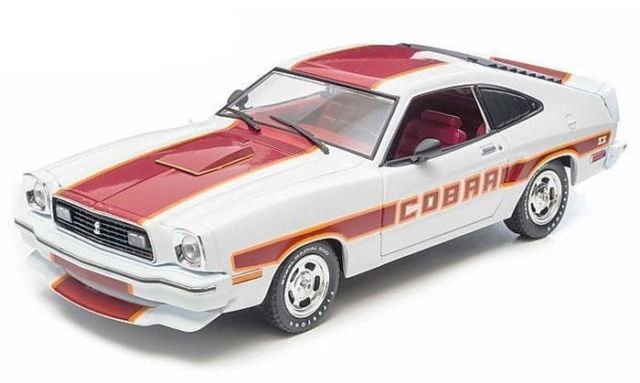 And now we come to the Pinto-Stang. We will not speak of the ’74 model, as the complete absence of a V8 option disqualifies that model year. A modicum of muscle returned for ’75 with the V8 along with a Cobra II graphics package intended to help compete with the segment-leading Trans Am. While sales of the Cobra II were brisk, acceleration from the 140hp 2-barrel 302 was somewhat less so. (GreenLight does a bunch of Mustang II diecasts, including this ’78.) 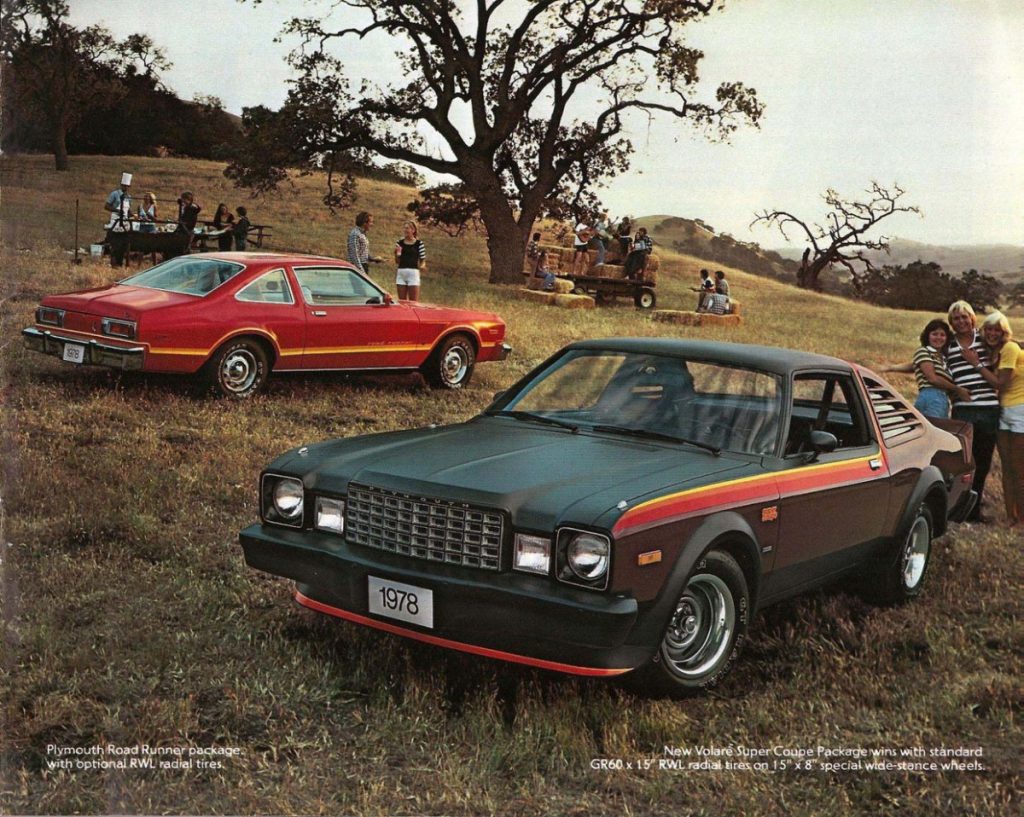 A Volare Road Runner? Oh yes they did! Mopar purists cringe at the name appropriation, but equipped with 220hp Police Package 360s and weighing a couple hundred pounds less than the Camaro/Firebird, these awkward-looking coupes were actually serious muscle car contenders! Few buyers knew it though, and thus the Aspen/Volare Super Coupes are some of the best-kept secrets of the late ‘70s. 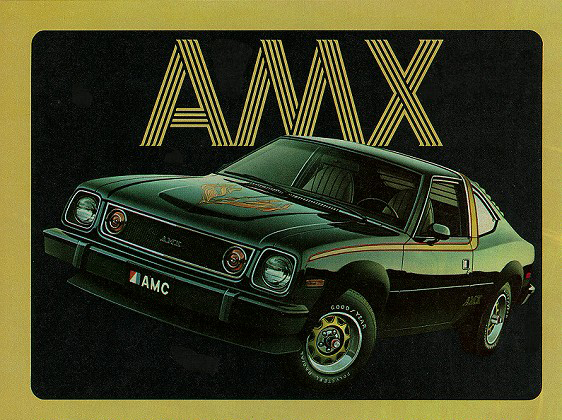 As the ‘70s closed out and AMC came upon hard times financially, it looked to bolster its performance cred by slapping its ‘AMX’ moniker on a succession of economy-oriented models, starting with the Hornet in 1977. Cool bit of trivia: famed Pontiac GTO guru Jim Wangers was instrumental in reviving the AMX. The Hornet was renamed the Concord for ’78, and received the AMX treatment. For 1979 the moniker jumped again—this time to the Spirit hatchback. All three offered wild graphics and an optional 304 V8, but rated at a best of 130hp they were more show than go. 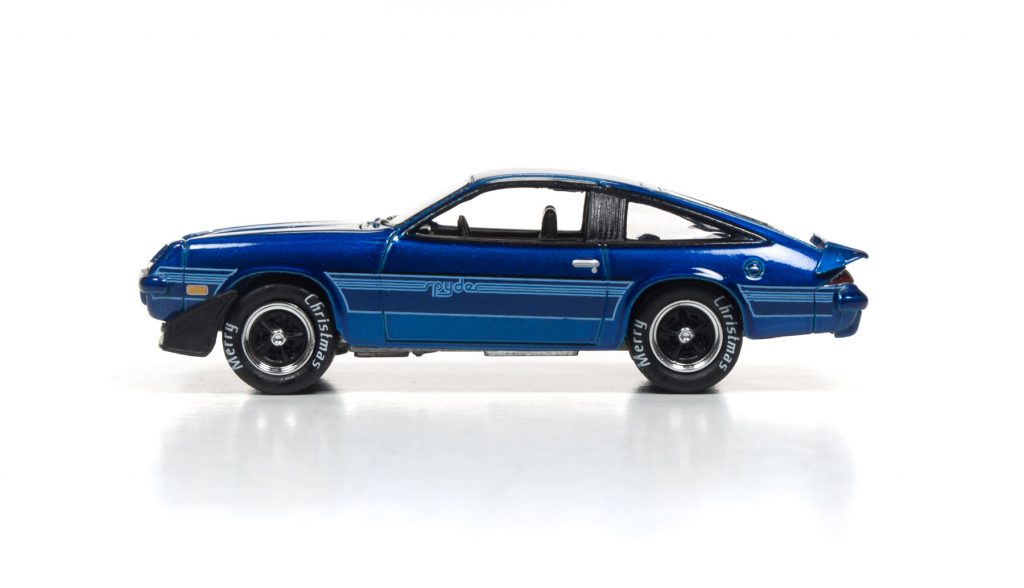 For two years Chevy offered its 5.0L V8 backed by a 4-speed in the sportiest Monza Spyder compact. With a 2-barrel carb the engine was rated at only 145hp, but in the 2800-pound Monza coupe that gave a power-to-weight ratio on par with the Camaro for a lot less dough, making the Monza V8 as true to the original muscle car concept as you were likely to find in 1978. (Johnny Lightning does this cool little Monza among several in 1:64.) 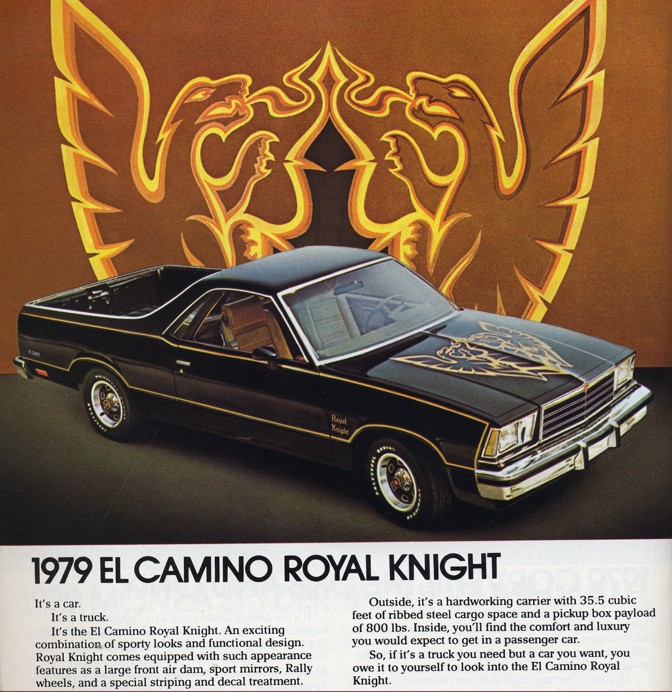 It seemed like every manufacturer thought the formula for muscle car sales success involved gigantic hood graphics to rival the Trans Am. Not even the hybrid car-truck El Camino was immune! Chevy introduced the ‘Black Knight’ appearance package for 1978, but after getting slapped with a lawsuit over the name they changed it to ‘Royal Knight’ for ’79. With utility on its mind Chevy made a 170hp 350 V8 optional, arming the Knights properly to do battle in the muscle car realm! 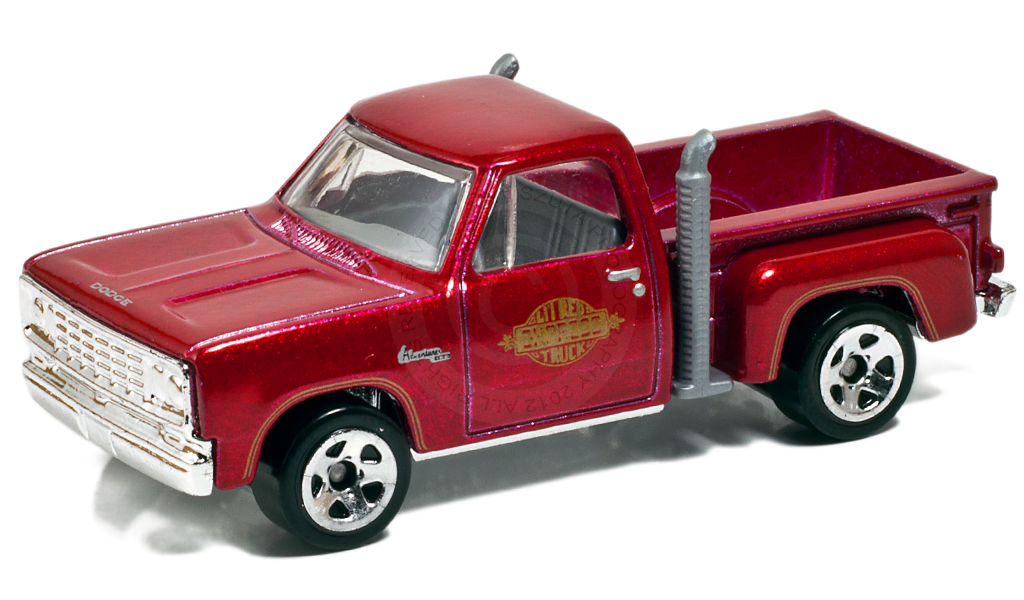 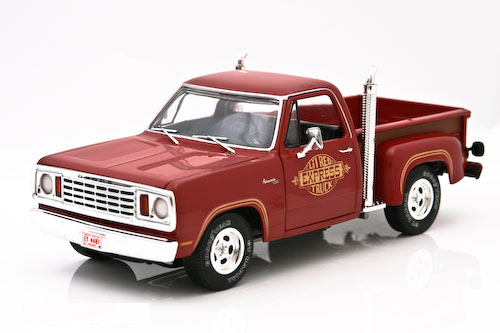 One of Dodge’s most memorable late-‘70s muscle cars wasn’t even a car at all! The Li’l Red Express was a short wheelbase stepside D150 stuffed with a high-performance 360 V8 beefed up with a cold air induction kit and the carb, intake, and cam from the Police Package cam. And because it was a truck not saddled with restrictive emissions regulations, it could run without catalytic converters on its functional exhaust stacks, which all added up to 225hp. With beefy rear tires and a 3.55 axle ratio, the Li’l Red Express lived up to its name—Car and Driver declared it the fastest American vehicle from 0-100mph in 1978! (Hot Wheels makes a LRE in 1:64 (top), and some years ago Ertl did one in 1:18 (above).) 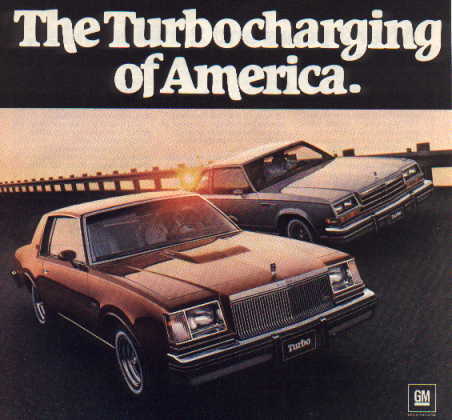 Buick and turbocharged V6 engines will forever be linked in muscle car fans’ minds because of the ’82-87 Grand National, but Buick actually started turbo-boosting Regal sedans four years before the GN. The ’78 Regal Turbo wasn’t marketed as a muscle car, but the 3.8L V6 boasted 170hp—bettering the 5.0L V8 of the same year, with more torque too. And it weighed less, giving the Turbo Buick improved speed and handling, making it GM’s most muscular midsize car of the era. 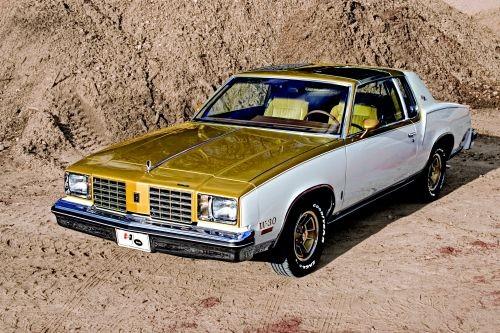 Oldsmobile had mostly gotten out of the performance car game by 1979, but its rich history with the Hurst Shifter company was just too good to squander. It missed the 10-year anniversary of the first Hurst Olds by a year (1968) but the ’79 model came with a 350 V8—the only A-body midsize car to do so in 1979 (unless you count the El Camino). That plus the vaunted Hurst Dual-Gate shifter and some of the classier graphics of the day made for legitimate muscle street cred.